A wide variety of cameras are available in the market that captures the attention of the buyer because of their features, design and performance capabilities. But on the entry-level photography, it is really necessary to know that there are some features that you won’t be using while in the beginning phase and they are some other features which require more attention. These might include focus system, contrast levels, battery life, image quality, and video resolutions.

For a beginner, there are numerous cameras available that are designed for beginner photographers. Many people prefer buying a camera under $500 or even under $300 when they are entering into the photographic world. But keep this thing in mind that a good camera might price up a bit. So, you will definitely find a decent one under a thousand dollars. Here we’ve prepared a list of camera that comes under the price tag of $1000 and all of them are best suited for the people who are stepping into the photography game.

Sony Alpha 77 II is Sony’s DSLR camera that is advanced in both videography and photography while maintaining good stability while capturing 1080p video at many native resolutions.

Check Out: Best Lenses for Sony A77 II

The 24 megapixels CMOS sensor and the image processor work together to produce some of the best images offered by the Sony. The Full HD videos along with the high-resolution images are the result of these high and low sensitivity sensors that detect even the faintest light available. The continuous shooting ranges to 12 frames per second and 26 RAW frames. The mirror technology benefits the camera because of the processor and the sensor combination. The 79-point autofocus system includes 15 cross-type point which can work continuously resulting in another continuous shooting mode. Apart from all these features, there is a 3 inches LCD screen to deliver the captured results in seconds. 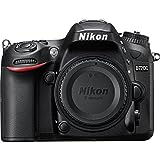 Nikon D7200 camera is equipped with a 24.2 Megapixels CMOS sensor which captures some of the highest resolution photographs. The camera can also record videos at 6 frames per second. The Full HD videos could be captured at about 60 frames per second. The LCD monitor lengths to about 3.2 inches. For high and low light situations, the camera is fully advanced to match the ISO from 80 to all the way up to 102400. Nikon doesn’t match the stability to Sony when it comes to videography, but the Nikon D7200 could be paired easily with the NIKKOR 18-140mm lens to provide the VR image stabilization that could really diminish the remaining stability issues for the users.

The camera is also equipped with a 3 inches LCD screen to help the user judge the colors correctly, which most of the entry-level photographer don’t really care about. Entry-level photographers often find the viewfinder difficult and thus use this LCD screen to monitor the progress correctly. The overall packages are great and also comes under a thousand dollar price point.

Olympus PEN-F is a sleek, versatile mirrorless Micro Four Thirds camera that combines high-resolution imaging capabilities with advanced creative control. Revolving around a 20 Megapixels MOS sensor and TruePic processor, the PEN-F provides high image quality with reduced noise, along with the ability to shoot at up to 10 fps with a mechanical shutter. There is an option to record Full HD 1080p video at 60 frames per second and the sensitivity range can go up to ISO 25600. The 5-axis image stabilization helps to minimize the appearance of camera shake for sharper handheld shooting. There is also an AF system for refined accuracy when working with a variety of subjects.

For an entry-level camera, it’s compact capable and connected, the Nikon D5600 is a sleek DSLR that blends multimedia imaging capabilities with versatile wireless technology. The camera is centered to a 24.2MP DX-format CMOS sensor and EXPEED 4 image processor, the camera offers a sensitivity range from ISO 100-25600 to benefit working in an array of lighting conditions, and the sensor and processor combination also supports continuous shooting up to 5 fps for working with moving subjects. Full HD 1080p video recording is also supported up to 60 fps, and time-lapse movies can be created in-camera, too.

The camera is not capable of recording a 4K video but can record 1080p Full HD video at higher frame rates with parameters set such as audio level control. The autofocus system in this camera is quite extraordinary and works great in the majority of changing light situations. Moving subjects and near-silent objects come into exposure more often with this camera than other cameras. With a wide range of lenses available to cover and enhanced this camera, the EOS 77D can be put to great photography and videography use, if skilled properly.

The Nikon D5500 uses a touchscreen LCD monitor, giving you greater camera control. The redesigned camera body is slightly smaller and lighter than its predecessor and incorporates both an optical pent mirror optical viewfinder, that it makes a great package while looking at those cameras which are considered to be entry level in photography.

The CMOS sensor of 24 megapixels and the EXPEED 4 image processor make good quality images. The Auto-focus system in Nikon D5500 camera is quite extraordinary and works great even in low light situations, thanks to its ISO sensitivity that goes up to 25600. The autofocus is enhanced by the 39-point AF which works with nine cross-type sensors.

For photography, it features a 24.2 megapixels CMOS sensor that is enhanced by the precise autofocus system. The SR+ Auto settings are enough to deliver an accurate depiction of a variety of scenes. The camera goes exceptionally well for those traveling enthusiasts which find viewfinder at their ease. The 3 inches LCD screen can go best for entry-level photographers who are not well familiar with the working of the viewfinder. The lithium-ion battery offers about 450 shots per its full charge.

This camera takes the stage because of its compact size and the modular look. The KP was designed for outstanding low-light performance due to a newly developed 24 Megapixels CMOS sensor that eliminates its anti-aliasing filter and the PRIME IV Engine with an accelerator unit for processing. This enables it to reach sensitivities up to ISO 819200. A 5-axis in-body Shake Reduction II module further assists image quality by compensating for up to 5 stops of shutter speed during longer exposures as well as activating the Pixel Shift Resolution mode.

The autofocus system found in this camera is absolutely beyond the best because of the 27-point AF sensor which helps the photographers to lock their subjects precisely.

The high resolution 16.1 megapixels MOS sensor when paired with the image processor facilitates some of the most extraordinary pictures. The live shooting can go up to 8.5 frames per second. This Olympus’s camera is capable of recording 1080p video at 60 frames per second, which is quite normal for a camera that comes with this price tag. 4K video recording is absent. The top sensitivity of 25600 helps the camera and the sensor to perform in some low light situations. Besides the handsome appeal of the Olympus Om-D E-M10 Mark II’s design, its main assets lie in its versatility of shooting functions and performance to benefit photographers and videographers alike.

The camera comes with video recording feature of 4K with 30 frames per second. This is not quite the feature that you would go for in tight budget but the Fujifilm X-T20 offers you one. The ISO sensitivity goes up to 25600 which makes the camera really suitable for use in some low light scenarios. The Full HD video recording at 180 frames per second makes it an extraordinary video recording camera. There is no camera in the current market in this budget that can provide you with this enhanced video recording feature. The autofocus system during video and photo capturing is advanced and on par with other cameras in the market. There is also an OLED viewfinder as well that helps the photographer is deciding the best view for the camera. 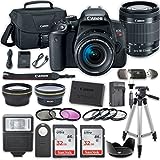 The Canon Rebel T7i camera is equipped with a 24 megapixels CMOS sensor and a bunch of controls and a high-tech image processor, due to which the Rebel is able to capture high-resolution stills. For an entry-level camera, the Rebel is able to perform in a majority of low and high light situations. The sensor and processor combinations provide a unique and high-quality design of photos. For continuous shooting, this camera is a beast as well as it can capture 7 fps in continuous shooting. The touchscreen is a new design in the camera market and it should be appreciated. New camera features are often ignored by the buyers. Many photographers who are new to the photography hobby are often not aware of the rigid bodies that are needed to fulfill the requirements of photography in far off areas.

Check Out: Best Lenses for Sony A6300

The Sony Alpha A6300 camera is equipped a 24.2 Megapixels CMOS sensor and a BIONZ X image processor which provides image quality and an increased ISO sensitivity that goes up to 51200. Talking about the video capturing capabilities, the camera is able to record 4K video at 30 frames per second and Full HD video at about 120 frames per second. So it guarantees that the users can benefit themselves from high processing speeds that lead up to 11 frames per second. Sony Alpha A6300 camera is also fast and takes 21 RAW frames in a single burst. The 425 detection point system results in some quick and precise focus results. 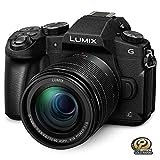 The Panasonic Lumix G85 is equipped with Lumix G Vario lens as default and a shoulder bag comes with it that allows you to user carry it everywhere you want. The camera is capable of recording a decent video recording of the resolution of 2160p at a low price point. When combined with a nice pair of zoom lenses, the camera performs exceptionally well without weighing the camera down. Using a CMOS sensor of 16 megapixels, this mirrorless camera captures ultra-fine details while working optimally in low light and high light situations. ISO reaches as low as 200 and as high as 25600.

Quick shooting speed reaches almost 10 frames per second and 40 frames per second when using electronic shutter function. The 4K photo mode gives us a total resolution of 8MP at stills and 30 frames per second. The 5-axis image stabilization reduces the shaking of the camera leaving us with smooth footage. The camera is an overall all-rounder when it comes to video graph and photography.