DJI is a world leader in drones, but its gimbals have long been regarded as the “second brand,” with FreeFly systems and its MoVi at the top of the heap. While Ronin has the largest rental base on indie platforms like as ShareGrid, MoVi has the most high-end production penetration. DJI is certainly pushing hard to attain the same strong position in ground stabilization that they have in the sky, with the Ronin 2 announced last April and shipping just a few weeks ago. This product’s enormous team of engineers, product designers, and market researchers clearly demonstrates that argument.

At the time of its release, the Ronin 2 design felt like a big upgrade that took market feedback seriously and set out to be a gimbal that everyone would be comfortable within challenging shot conditions. When the Ronin S was released to fill the gap at the entry-level, the high-end Ronin was free to rise to the top of the market. We were able to get our hands on a unit to check if the Ronin 2 lived up to its hype. 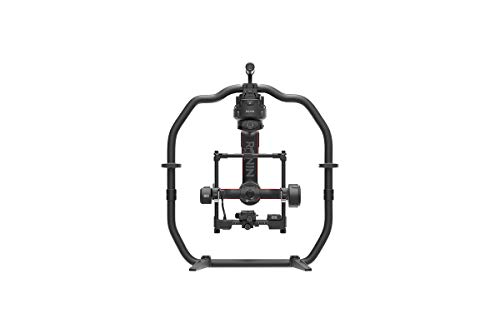 The Ronin 2 is significantly heavier than the Ronin. It isn’t overly hefty, but it is well-made, with a package weight restriction of 40 pounds. The arms and ring, which are made entirely of carbon fiber, aren’t particularly heavy on their own; it’s when it’s fully completed that the weight really hits you.

Weight is a concern solely in the sense that your camera’s weight is an issue. The EVA1 kit, weighing just around 5 pounds with lens and accessories, is light and comfortable to hold for extended periods of time. When moving up to larger packages like the RED, Alexa, or 35mm film, putting something like a Ready Rig on your chest will help distribute the weight.

In our tests, we used an Epic, a rear-mounted AB Gold mount battery, and an Angenieux Optimo (but not the 24-290, because we’re not mad), and the camera remained completely steady despite the weight. However, lifting the entire package would be too taxing for a single operator, necessitating the use of a dual-operator arrangement or the use of a crane or a Ready Rig.

While normal remote control protocols are compatible with the machine, DJI provides its own remote as part of the pro package, which is a good complement. The Ronin 2 can be handled by a single person, but it really comes to life when you have a “dolly grip” holding the rig and positioning it in space, and a “camera operator” on the remote control choreographing sophisticated, exquisite motions in tandem with the dolly grip.

When most people see how simple it is to pan and tilt, their first thought is “why isn’t roll mapped to the main knob?” It isn’t, because it is mapped to its own knob, which makes sense. Rolling and tilting the camera is a less common use case, and something you never want to do by accident. DJI has provided consumers an extra degree of safety without compromising usefulness by separating the rolling operation to its own knob. If you have the proper cabling, you can also roll/cut using the remote, which is a really useful feature.

Overall, the Ronin 2 is built to compete not only with the MoVI Pro but also with the MoVI Pro XL. While it is a significant price increase for DJI over the original Ronin, the $20K price tag on the Pro XL seems more than reasonable given the level of performance it provides. It’s the easiest stabilizer we’ve ever worked with to set up, and it’s full of beautiful details that show a lot of effort and forethought went into the design.

The rig’s biggest disadvantage is its weight: only the fittest will wish to operate it without a Ready Rig or other weight distribution system. However, with two people carrying it (which we did and had a lot of fun with) and a third on the remote, or attached to a car mount or crane, DJI’s price-to-performance ratio is a significant improvement. The Ronin S fills in the slot below the now-heavier 2 for individuals with smaller packages and lighter demands.

Best DJI Drone in 2021: our guide to which DJI drone

DJI will make an announcement about a new product on September 8, 2021.