The Ricoh GR III is the third compact camera in Ricoh’s GR range, and it features a sensor that is quite big for an APS-C format camera.

Theoretically, this should give it the same type of image quality that you would expect from a mirrorless camera or a DSLR; however, the benefit here is that the camera can fit into your pocket, which is a huge advantage. 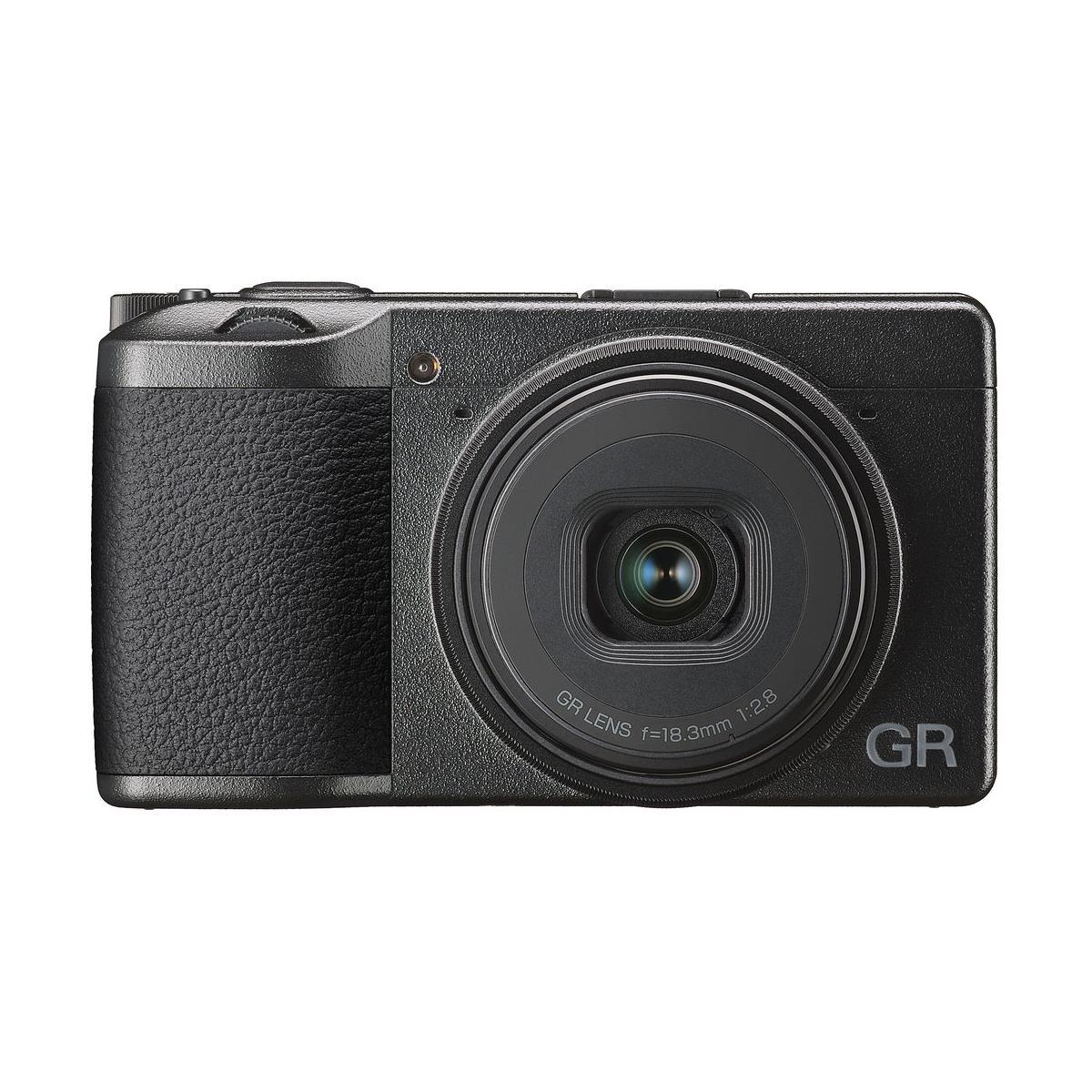 GR III maintains the same fundamental design ideas as GR II, but every essential component has been updated. A new APS-C sensor with 24.2 megapixels has been installed instead of the older model’s 16.2-megapixel APS-C sensor. This new sensor is paired with an updated GR ENGINE 6 CPU, which results in improved image quality and increased processing speed. Regrettably, this does not enable the recording of 4K video, but we do at least have Full HD capture of up to 60 frames per second.

The GR series has always been about prudence, and the Ricoh GR III continues in that spirit in much the same way as its predecessors. The body is made of magnesium alloy, and it is completely black. The functions and buttons on the body are denoted with extremely delicate marks.

The body seems to be made of the same sturdy material as earlier iterations of the GR camera, and it has a somewhat bulbous grip that wraps around the front, which enables you to get a nice, secure handle on it. Additionally, this is covered in a tactile rubber that extends around to the back plate, where the thumb rests are located.

The pill-shaped shutter release button is beautiful and big, and the mode dial operates effortlessly. However, before it can spin, it must be released from a catch on its side, which keeps it from falling out of position when you aren’t paying attention to it.

The menus can be navigated quickly thanks to the new processing engine, which works in tandem with the intuitive menu pad dial located on the rear of the camera (which has also been redesigned for the better).

You can also modify many settings by using the touchscreen, which responds well to taps, swipes, and other movements and is clear and crisp. This helps alleviate frustration associated with the lack of a joystick-style focus lever.

About this topic, the focusing system provides various distinct patterns and modes. These include auto-area, pinpoint, and Snap focus, in addition to manual, continuous, and infinite options.

Although it may be a bit unexpected and reluctant in low light, the system works quite swiftly in normal use even though it can be a touch slow at times.

It is amazing enough that the Ricoh GR III manages to fit an APS-C sensor into a pocketable body. However, it does this feat while still producing exceptional image quality, much like its predecessors. The new sensor offers a significant improvement in resolution compared to the 16.2MP that was found in GR II and assures low noise levels over the majority of the dynamic range.

When we say most, we mean that the sensitivity can reach an absurd ISO102,400. This setting, along with the handful that comes before it, creates photographs with much too much noise to be of any practical value, and it is nearly difficult to process images with such a high level of noise properly.

However, by keeping the ISO settings in the four-digit range, you’ll discover that the camera performs admirably in almost all circumstances. As a side note, given that both cameras have the same number of pixels, the highest sensitivity setting, and hybrid autofocus technology, it appears extremely plausible that the two cameras use the same sensor, or at the least, very near cousins of the same sensor.

However, now that you have the new Shake Reduction technology built-in, you probably won’t need to use these high ISO settings as frequently as you formerly did. Even at shutter speeds as slow as 0.5 seconds, this system does a good job of maintaining the sharpness of the photographs, but if you push it, you may still obtain images that are acceptable in terms of their sharpness.

The new lens is typically extremely capable of performing, with barely any traces of lateral chromatic aberration and low distortion, as well as excellent sharpness throughout the frame. Additionally, the lens has very good sharpness across the frame.

Although there is a slight increase in consistency when stopping down the aperture, the result is still far better than anticipated at f/2.8. However, vignetting is unexpectedly present across the aperture range, therefore it is important to maintain the effective Peripheral Illumination adjustment active to correct this issue.

The camera has a fixed lens, which may give the impression that it is less flexible than other models; however, the ability to focus from a distance of 6 centimeters away from your subject, in conjunction with the crop settings of 35mm and 50mm, enables you to take close-up pictures of flowers and other smaller subjects with backgrounds that are nicely blurred.

The Ricoh GR III is lacking in performance in the video department. There is no capability to record in 4K, and the quality of the film captured in Full HD is not comparable to that of even the most affordable cameras.

Blemishes frequently mar fine details, and the focusing system of the camera isn’t the finest in this regard; nonetheless, the rolling shutter isn’t all that terrible.

Because the metering system will typically attempt to balance scenes with a wide dynamic range so that highlight details do not get lost, you may find that you occasionally need to adjust exposure compensation or use the tools for Shadow and Highlight Correction to maintain all of the scene’s details.

The performance of Auto White Balance appears to be accurate in various scenarios, even though the Standard Image Control option sometimes results in colors that are too neutral (particularly when you have the Peripheral Illumination and Shadow Corrections settings enabled).

Overall, the Ricoh GR III is a camera that offers some substantial improvements over its GR II predecessor. It is always a pleasant surprise to achieve this grade of image quality from such a small camera, and the Ricoh GR III does just that.

Even though the battery life, so-so focusing system, video quality, and results at the highest ISO settings do not excite us as much as we had hoped, the design, speed of operation, and dependable image quality make it a powerful alternative nevertheless.

If you enjoy Ricoh’s GR series of cameras, you will adore what they’ve accomplished here. GR III has a great deal going for it, including brisk operation, consistent image quality, a clear and sensitive touchscreen, and a design that is even more compact than its predecessor. However, it is not inexpensive, and because it has such an effective Shake Reduction technology, the battery life is significantly reduced.