The PowerShot G9, this camera’s forerunner, was examined last year.

So even though the Canon PowerShot G10 has been in development for more than a year, the new camera doesn’t seem all that different from the previous one. 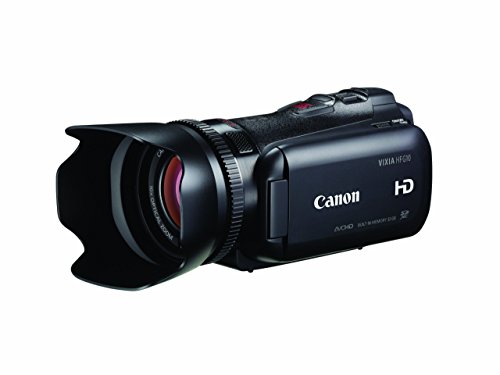 But there are some notable variations. The G10’s higher resolution, with a 14.7-megapixel sensor compared to the G9’s 12-megapixels, is expected to draw the most attention.

But in reality, that distinction is probably the least significant. In terms of numbers, it doesn’t amount to much at all, and as we’ve frequently seen before, pixel densities this high cause major noise (and noise reduction) problems.

Instead, one of the most helpful upgrades to this camera is the substitution of a 28-140mm lens for the older model’s 35-210mm approximate 6x zoom.

Although there is a loss in zoom power from 6x to 5x, you still get a respectable 28mm equivalent wide-angle rather than the mediocre 35mm equivalent of the previous lens.

On the top of the camera, there are other changes. On the G10, the ISO dial has been moved underneath the main mode dial to the right from where it was on the G9’s far left.

There is now a convenient EV compensation dial on the far left. And it is actually useful. It’s a breath of fresh air to have such easy access to ISO and EV correction adjustments.

Two other items merit extra attention. One is the RAW mode, which the G10 possesses in addition to being able to capture and save RAW files as quickly as a DSLR.

RAW modes are uncommon on other compacts and, when they are present, they hog the camera’s processor for so long that they are essentially useless. The LCD has also been improved.

The screen is the same size as the G9’s at 3 inches, but it has twice as many pixels, at 461,000. It also has a broad viewing angle and is highly crisp, rich, and vivid.

The LCD is almost too good, in fact. When viewing a shot taken with the G10, you may be astounded by its depth and richness, but once you download it to your computer, you may find it to be rather unexceptional.

Apart from anything else, the G10’s display does exaggerate the saturation and contrast of its images, making it difficult to tell whether you just took a fantastic photo or a lackluster one.

Additionally, a few too many of our test shots were underwhelming. The G10’s default settings for contrast and saturation are quite conservative, which is fine if you regularly edit every image after taking it but not so great if you count on getting vibrant results right out of the camera.

The high-resolution sensor won’t provide significantly improved detail rendition, either. The 1/1.7-inch sensor of the G10 is significantly smaller than a DSLR’s 1-inch sensor, signaling that megapixel count is no longer a limiting concern.

It is evident in the manner that fine, textural detail is resolved less clearly and in how quickly image quality degrades as ISO is raised. There is a limit to how good the G10 can be, despite its good qualities.

The best option at the moment is to carry a camera in your coat pocket if you must.

Although the Canon PowerShot G10 is a cast-iron beauty and a pleasure to use, the image quality hardly raises the bar.

Other manufacturers may have some knowledge of image quality, but Canon is a camera maker.