Medium format cameras, with price tags starting at $20,000 or £20,000 and going up from there, have been the exclusive domain of professional photographers and hobbyists with deep pockets.There have been a few exceptions to this rule, such as when Pentax released the 645D in 2010. This camera was certainly not inexpensive, but its somewhat more approachable price tag made medium-format photography accessible to a considerably larger number of people. 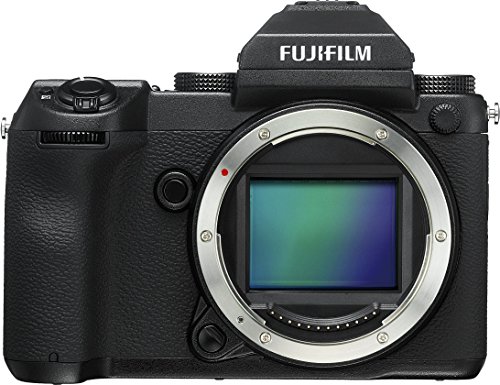 Since then, Pentax has pretty much had its way, succeeding the 645D with the 645Z in 2014. However, both Hasselblad and Fujifilm entered the fray in 2017, which was a turning point for the industry.

The Hasselblad X1D was the first released in June, followed by the Fujifilm GFX 50S. The Fujifilm GFX 50S was the talk of the industry when it was unveiled at the Photokina trade show in Cologne, Germany, in September of last year. Since then, we have been eagerly awaiting the final production samples.

In contrast to the 645Z, both of these cameras have mirrorless designs. While this represents a logical progression for Hasselblad, for Fujifilm, it may appear to be a significant leap forward. However, if you delve a little further, you’ll find that Fujifilm has a long and illustrious history in medium-format film photography. Fujifilm makes several lenses for their medium format cameras branded with the Hasselblad name.

If you’re thinking, “If I can acquire a full-frame Canon EOS 5DS DSLR with 50.6 megapixels, then why should I bother with Fujifilm’s new GFX 50S?” then you’re not alone. The solution can be summed up in one word: sensor size. If you have a sensor approximately 1.7 times larger than a full-frame chip and measures 43.8 mm by 32.9 mm (generating pictures with a 4:3 aspect ratio), you will have far larger photosites (pixels). Because of this, the device has improved light-gathering capabilities, which suggests that we should anticipate improved low-light performance and dynamic range.

That’s only half the story, though, because the bigger sensor also produces a distinct look with a narrower depth of focus at whatever focal length that you choose.

Because the GFX 50S utilizes a traditional focal plane shutter and not an electronic one like the X1D does, you are limited to a slightly more conservative limit of 1/125 second when using the GFX 50S for flash-sync purposes. This contrasts the Hasselblad, which offers the luxury of flash sync at any desired shutter speed.

Fujifilm decided to go with a mirrorless design for the GFX 50S, just as they did with the X1D. This means that the viewfinder used for a composition is an electronic one rather than an optical one. The eye-level viewfinder has a massive magnification of 0.85x and an excellent resolution of 3.69 million dots, producing a clear and brilliant vision.

Despite having a mirrorless design, the Fujifilm GFX 50S’s body is pretty significant since it contains a mechanical shutter and a mirrorless design. It is also much larger and heavier than full-frame DSLRs like the Canon EOS 5DS and the Nikon D810 and noticeably thicker than the X1D.

However, it is not so much that it poses a problem for us; on a few occasions, we were able to fit the GFX 50S, along with the 63mm and 120mm lenses, into a shoulder bag of a more modest size and stroll around pretty contentedly with it.

You would be excused for thinking that using a medium format camera may be a bit more intimidating than using a DSLR or mirrorless camera; however, the fact is that if you’ve used a camera comparable to the Fujifilm X-T2 or another model like it, you’ll feel entirely at home with the GFX 50S.

The Fujifilm GFX 50S is generally a very well-thought-out camera, which we have come to expect from Fujifilm, but there are a handful of issues with the camera. It’s been replaced with a cumbersome little button that lies just to the right of the shutter button, and it’s a touch uncomfortable to operate. The top plate LCD’s presence means there’s no room for an exposure compensation dial, which has been a classic Fujifilm design hallmark since the X100.

It shouldn’t be surprising that this is the case because the GFX 50S isn’t designed to be an action camera. Instead, it’s meant to be a more deliberate photography tool for studio and outdoor shooting.

The autofocus mechanism of the GFX 50S provides a default configuration of 13 × 9 (117 AF points), which can be increased to a grid that is 25 x 17 if desired. Despite this, you are still well-catered regarding coverage across the frame (425 points).

Additionally, the size of the autofocus (AF) frame may be modified. There are six different sizes available, ranging from one point to 25 points, and the one you choose will depend on how accurate the focus has to be.

Because the power switch is situated around the shutter release, a simple flick to the “on” position has the camera ready to take a picture in around one second.

The GFX 50S is not a camera designed for those looking for out-and-out speed, as we have mentioned, so the tentative 3fps burst shooting speed is hardly a surprise. It is possibly fast enough to capture a subtle change of expression in a portrait if you hold the shutter down, but it is not fast enough to rattle off a burst of frames to capture anything more dynamic.

Although it is sluggish, the GFX 50S has no trouble dealing with files as large as 117 MB and will cheerfully write them to the card without experiencing any performance degradation.
When you bring the camera to your eye, the viewfinder will immediately wow you with its size and brightness. It will also impress you with its clarity and color representation, and the magnification will let you completely immerse yourself in the scene.

The ability to angle the display out and downwards when shooting in landscape orientation and do the same when it’s turned 90 degrees is a welcome bonus. The quality rear tilt-angle touchscreen allows you to appreciate the detail delivered by the GFX 50S’s sensor when you double-tap the screen to zoom to 100% and the ability to do so when the camera is turned 90 degrees is a welcome bonus.

The GFX 50S excels in this particular application. The degree of information that can be captured with a sensor that has 51 megapixels is astounding. This is made possible by the big and densely packed sensor, which works in tandem with Fujinon lenses with exceptional sharpness levels.

That degree of detail would be astounding in and of itself, but when you throw in the width of the camera’s dynamic range, you can appreciate exactly how fantastic the sensor is.

When you bring a raw image into Lightroom that is underexposed, the amount of freedom you have to work with will blow your mind. It is possible to restore large portions of lost detail in the shadows and, if required, in the highlights, without causing any damage to the image. This may be done with relative ease.

Since the Fujifilm GFX 50S is not a camera created for speed addicts searching for out-and-out performance, it is illogical to expect it to excel in those areas when compared to its competitors, that have smaller sensors.

Although the autofocus performance of the GFX 50S is pretty accurate; however, it could be quicker and hunt less frequently; Fujifilm may fix this issue in a future firmware update.

The inconvenient arrangement of the exposure compensation slider and the limited flash sync speed of just 1/125 second are two of our major pet peeves with this camera, neither of which can be fixed by updating the firmware. If they take portraits outside, we are sure that some portrait photographers will find the latter point complicated.

Load more
Medium format cameras, with price tags starting at $20,000 or £20,000 and going up from there, have been the exclusive domain of professional photographers and hobbyists with deep pockets.There have been a few exceptions to this rule, such as when Pentax released the 645D...Fujifilm GFX 50S Review