Although the Fujifilm GFX50S II looks considerably different from its before, it has the same big sensor as the original GFX 50S, which was one of the reasons we fell in love with the camera.

In the same way as its predecessor, the GFX50S II has not been designed for people obsessed with speed or video. Instead, it takes advantage of the power of a medium-format sensor. It combines it with stable in-body image stabilization (IBIS) to produce some stunning still images. 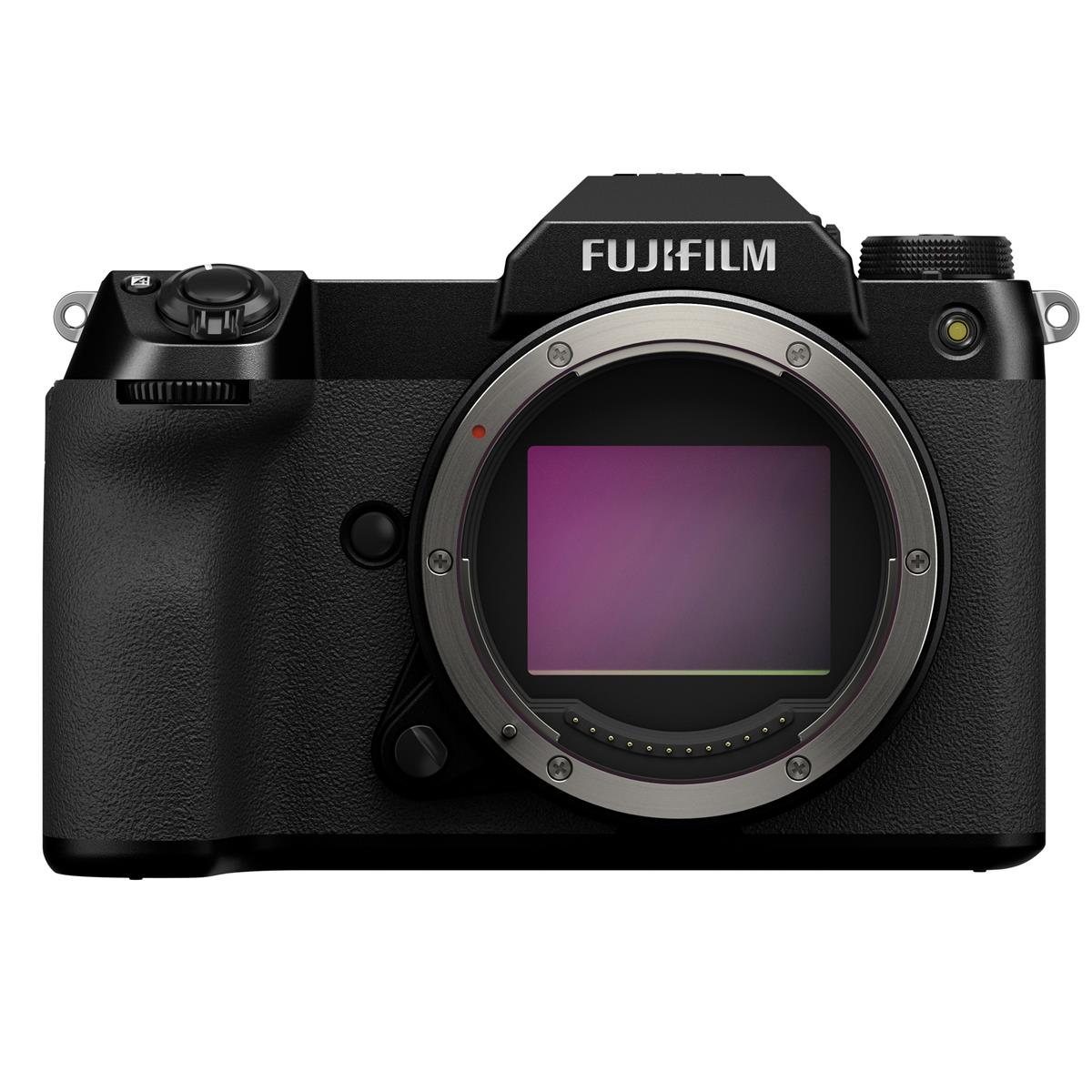 This IBIS, which is included in a GFX body for the first time, is rated for a remarkable 6.5 stops of correction for camera shake. That is a half stop more than what was offered by the GFX100S, which was recently introduced in March of 2021. It is a beneficial modification for anyone who shoots handheld, especially in low-light conditions with a camera that may grow hefty when equipped with specific GF lenses.

Although a full-frame mirrorless camera like the 65MP Sony A7R IV can produce results comparable to those of the GFX50S II, it does so with a significantly higher number of features (including video, speed, and accuracy) and at a considerably lower price point. However, there are situations in which the sensor size makes a difference.

Because the sensor in the GFX50S II is approximately 1.7 times larger than a 35mm full-frame chip, it has improved light-gathering capabilities. As a result, it has superior low-light performance and excellent dynamic range, both of which are characteristics that are difficult for full-frame cameras to match. You have a formula for some astonishingly high-quality photographs when you add in the razor-sharp glass of the GF lenses.

It’s not terrible that Fujifilm has opted to use the same 51.4-megapixel sensor that was utilized in the first generation of the GFX 50S in this new camera. Regardless of your focal length, the image quality will remain outstanding, and the depth of field will be relatively shallow.

Nonetheless, this also means that you are still just receiving contrast-detect autofocus, which is significantly slower than phase-detect AF; however, Fujifilm claims that updates to its AF algorithms have made a difference in the speed of the focusing process.

Even while the GFX50S II has been updated with the newest X-Processor 4 image engine, which increases AF performance compared to the previous model, the Mark II does not have the capability of recording 4K videos. This is a restriction of the older sensor, and you can still only maintain a continuous shooting speed of 3 frames per second, which was present in the Mark I.

Even if the loss of 4K video and the slow continuous shooting speed is a bit disappointing, Fujifilm has made up for it by increasing the in-body image stabilization of their new camera (IBIS). The 5-axis IBIS technology, not available on the earlier GFX 50S, is rated for a staggering 6.5 stops of compensation for camera shake. This is an increase of one-half stop over the GFX 100S and the most excellent IBIS rating of any GFX camera to date.

The original GFX 50S and the GFX 50S Mark II are pretty different in their physical appearance. Fujifilm has given the new GFX50S II a control arrangement that is more similar to that of a DSLR by using the body from the GFX 100S. Because of this, anyone transitioning to the GFX50S II from a different system would have an easier time getting used to it relatively quickly.

There is only the conventional mode dial and the electronic viewfinder (EVF) on the Mark II. To the right of the viewfinder, there is a 1.8-inch LCD. This contrasts with the original GFX 50S, which features dials slightly crammed together on the top plate. You can configure the display to show a histogram, virtual dials, or an extensive range of shooting settings. There is even a button for the display’s illumination, which is a little light.

About the electronic viewfinder (EVF), the previous GFX 50S included a detachable eye-level viewfinder that could be substituted for an optional tilting EVF. On the other hand, the EVF on the Mark II is fixed, much like the one on the GFX 100S, and it maintains the exact resolution of 3.69 million dots as its predecessor.

Fujifilm has decided to employ a different OLED panel in the Mark II, even though both bodies have the exact resolution. As a result, the magnification has been reduced from 0.85x on the GFX 50S to 0.77x on the new body. Even though it would have been preferable to have a larger magnification, the electronic viewfinder (EVF) is relatively straightforward. If you so want, you may have a significant amount of shooting information shown there.

Compared to other medium-format cameras, the GFX50S II performs quite well. It is simple to compare it to other mirrorless cameras now available on the market, the vast majority of which provide faster performance at lower prices; nevertheless, it is essential to remember that medium format cameras are entirely different creatures.

Fujifilm has harnessed the power of the X-Processor 4 engine and also updated the AF algorithm to speed things up a little bit. Although they are not recognized for having top-notch autofocus performance, this is one area in which they have improved.

The autofocus (AF) acquisition is a bit slower than the 102MP GFX cameras since it utilizes the same contrast-detect AF as previously. The hybrid AF with phase detection benefits the 102MP GFX cameras over the contrast-detect AF. Because of this, it is also noticeably slower than most other contemporary mirrorless cameras. Despite this, the GFX50S II is not a slouch regarding performance. The autofocus is still relatively speedy and precise in its operation.

Face and eye detection are present and function pretty well, assuming that the person being scanned is directly facing you or at least one of their eyes is well-illuminated. Eye detection, on the other hand, is only reliable when the camera is set to the S-AF mode, and it performs very poorly if continuous shooting mode is selected.

Again, the temptation to compare the performance of the GFX50S II with that of other mirrorless cameras is quite strong, yet, doing so would be an unfair comparison. However, despite inheriting the most up-to-date image processor from its 102MP sister, the GFX50S II did not receive an upgrade to support 4K video recording, which is a surprising omission. The footage is still taken at a maximum frame rate of 30 frames per second and a resolution of 1080p. However, one cannot find an issue with the quality.

You are also limited to the same continuous shooting speed of 3 frames per second as its predecessor, which means that it will not be able to compete favorably in wildlife or sports photography categories.

The buffer memory in the camera, however, has been modified by Fujifilm. It has increased from 25 JPEGs in the Mark 50S to an “unlimited” capacity in the Mark II, and it can store up to 31 compressed RAW files (up from just 13). Additionally, while the camera is recording the photographs, it continues to function normally, enabling you to keep shooting if it becomes essential.

The results generated by a body designed for a medium-format camera are impossible to criticize in any way. The GFX50S II is likely to be the domain of photographers specializing in portraiture, still life, architectural photography, and landscape photography due to its somewhat slower autofocus performance. This is due to the many benefits that come along with using a sensor with a medium format.

When combined with Fujifilm’s high-quality GF lenses, the exceptional degree of detail and tonality that the big sensor provides is made possible by the combination of these two factors. Because the photocells on the sensor are more extensive, it has outstanding light-capturing capabilities, which translates into good low-light performance and a wide dynamic range. We did a few test images with the exposure set too low, and there was significant room for creative expression. It was straightforward to bring out the subtleties in the shadows and highlights without having any negative effect on the quality of the image.

Fujifilm’s upgrade to its relatively inexpensive 50MP GFX camera doesn’t look very impressive on paper – there is no 4K video and only a 3fps continuous shooting speed – but significant changes both internally and externally have made this the first 50MP stabilized shooter from Fujifilm. It also has the cheapest price tag for a medium-format camera.

It’s not hard to fall in love with this camera, not only because the pictures it produces are so stunning. Some consumers may be put off by the camera’s slow focusing (especially compared to other mirrorless cameras), a low burst rate of just three frames per second, and inability to record 4K video.