The Fujifilm X-S10 is an innovative new step in the company’s mission to provide the best possible mirrorless camera at the mid-range price point. By cramming several of the highlights from its flagship Fujifilm X-T4 camera, such as in-body image stabilization (IBIS), into a smaller and more affordable body, the company has created one of the most remarkable cameras available so far for beginning photographers and amateur photographers. 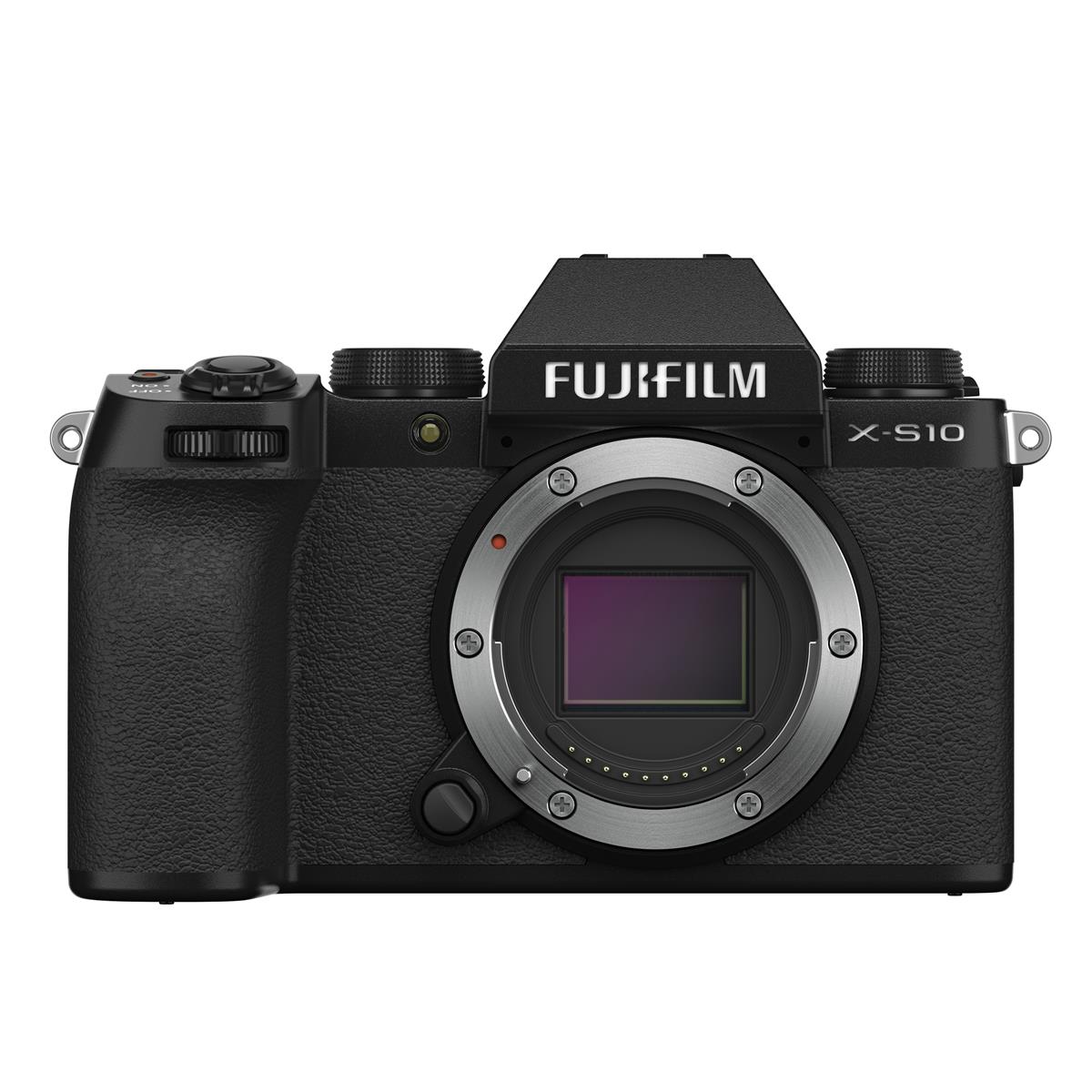 Up to this point, great compact cameras such as the Fujifilm X-T30 have fulfilled the function of acting as a deputy to Fujifilm’s flagship X-T models. The X-S10 is not a replacement for that model; instead, it is an attempt to gain new admirers who have resisted Fujifilm’s charms up to this point.

The design of the Fujifilm X-S10 is reminiscent of classic Fujifilm cameras while yet representing a significant departure from the company’s previous mirrorless models.

At first sight, it appears to be a somewhat scaled-down version of the Fujifilm X-T4 that has a broader and deeper grip. Because of this grip, the difference in size compared to the X-T4 is not that significant in terms of its practical use.

At 465 grams, the X-S10 isn’t exactly something you can carry around your pocket, but it is substantially lighter than its older sister (making it about three-quarters the weight of the X-T4). The body is constructed out of magnesium alloy, giving it a more luxurious feel than affordable versions such as the Fujifilm X-T200.

When you start using the X-S10, you will become aware of the significant differences between it and the other cameras in the X-series. Most Fujifilm cameras come equipped with a trio of wheels that may be used to adjust the shutter speed, ISO, and exposure compensation settings. Fujifilm cameras are famous for the dial-heavy approach to controls that they take.

The PASM dial, which stands for program, aperture, shutter speed, and manual, is what you get instead, which is the method that most other camera manufacturers employ. Fujifilm explained to us that this was done because it discovered that a significant number of potential X-Series camera buyers were deterred from making the transition only because they regarded the company’s traditional dials to be too complicated.

The Fujifilm X-S10 packs a lot of power and functionality into its very slim design, with in-body image stabilization being the most prominent of these capabilities (IBIS).

There have been other compact APS-C cameras with in-body image stabilization (IBIS), such as the Sony A6600, but none of them have been as reasonably priced as the X-S10. The Olympus OM-D E-M5 Mark III is the most apparent competitor at this price point. This camera has excellent stabilization, but a Four Thirds sensor is significantly smaller. Given that Olympus has decided to get out of the camera industry, there is also some uncertainty over the lifespan of some camera lines, such as the E-M5 series.

IBIS systems are excellent for shooting both video and stills because they may reduce the jitters that are caused by shooting with a handheld camera and retain the quality of your photos by allowing you to shoot with longer shutter speeds and lower ISO settings.

On paper, the X-S10 is a fantastic little all-rounder; how does it fare when put to the test in the real world? It is generally quite competitive with other products of this price and size. The X-autofocus, S10’s burst shooting, and battery life are all more mid-range than high-end, which is reflected in the camera’s price tag. The true star of the show, though, is its IBIS technology.

When taking photos in everyday situations, the X-autofocus S10 is exceptionally dependable and on par with the X-T4. Its Face and Eye recognition AF was quite reliable, mainly when used with lenses like the XF 50mm f/1.0 WR, despite the fact that the performance of the camera inherently fluctuates based on the lens that is being used.

The tracking autofocus was slightly less impressive than the rest of the camera. You now get a tiny box in ‘wide/tracking’ AF mode on the X-T3, similar to what you get on the X-T4 (and now on the X-T3, owing to its recent firmware upgrade), which enables you to choose a subject in the frame to lock onto while you recompose the shot.

In our experiments, this method worked perfectly when the topic was relatively close and contrasted strongly against the backdrop; however, when the thing was more significantly away, like ducks on the water, it proved too difficult to track them.

The X-S10 uses the same back-illuminated sensor with 26.1 megapixels found in the Fujifilm X-T4 and the Fujifilm X-T30. This sensor is a tried-and-true performer, currently the most advanced in its class.

The addition of IBIS helps maintain image quality even while shooting in challenging environments. Still, you won’t get nearly the same amount of raw editing freedom as you could with a full-frame camera.

Regardless of whether you utilize the 18 Film Simulations or not, it is still valid whether the X-series cameras can produce excellent JPEGs right out of the camera. This is one of the many advantages of these cameras.

The native ISO range is from 160 to 12,800, and we could shoot without any problems at a setting of 6400. Even at ISO 12800, the image is useable and clear, despite slight luminance noise. Also quite excellent is the camera’s dynamic range, especially when using the ‘DR’ settings embedded right into the picture quality menu to their full potential.

The ‘color science’ that Fujifilm employs appeals to us, and the photographs also feature a reasonable degree of detail. Film Simulations are a great asset if you want to experiment with colors on your computer without having to engage in lengthy editing sessions on said computer.

Based on Fujifilm’s film stock, the simulations are lovely for imbuing your photographs with a sense of atmosphere or character without exaggerating the impact. We found that shooting with Velvia on cloudy days added a nice burst of color to our photos. At the same time, Eterna proved to be an excellent alternative for still photography and video. Do you enjoy taking pictures in black and white? You won’t have any problems with this because you may use Acros or the default monochrome mode.

This movie also has a very high visual quality, which is stunning. You have much control over your video recording, which now has a dedicated menu system. Additionally, the X-S10 can shoot uncropped 4K/30p video or Full HD at up to 240p, which results in slo-mo that is loud but still useful. You can also plug in 4K for up to thirty minutes without pausing, in contrast to the Fujifilm X-T30 (compared to ten minutes on the X-T30).

Although it is disappointing that full subject tracking cannot be achieved in video, you still have access to Face and Eye Detection AF, which is a rather dependable feature (again, as long as your subject is fairly close). Internally, the X-S10 records in 8-bit 4:2:0; however, more capable video shooters can export a signal in 10-bit 4:2:2 through the HDMI connector.

One of the most incredible tiny and mid-range mirrorless cameras now available for purchase is the Fujifilm X-S10. It fits much of the shooting capability of the Fujifilm X-T4 into a more petite body, and it has IBIS and excellent handling.

The fact that it is not officially weather-proofed and that its competitors from, Sony provide superior tracking autofocus are the only two flaws in an otherwise nearly flawless performance. It is a shame that there is no certified weatherproofing. If you are in the market for a mirrorless camera for the first time or are considering moving from a DSLR, the X-S10 should be at the top of your list of potential options.