The highly regarded X100 series from Fujifilm has reached its fourth generation with the release of the X100F. It continues to use the same lens with a 35mm equivalent of 23mm F2, and it maintains the “traditional” design cues; nevertheless, virtually everything has been updated beneath the surface. 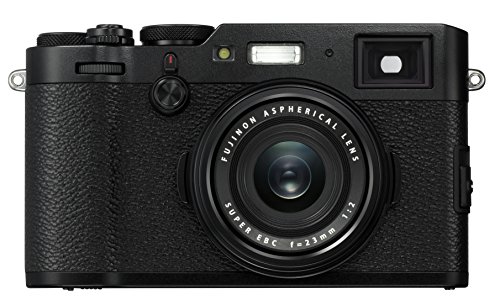 The use of the 24-megapixel X-Trans sensor marks the most significant departure from the design philosophy of the X100F’s predecessors. When we first saw this sensor in the X-Pro2 and X-T2, we were quite pleased with the results that it produced. The advancement is much more significant than the increase in pixel count would lead one to believe.

Perhaps more so than with any other camera series, the X100 series has reaped the benefits of the continual development concept more than any other camera. Whether it’s in the firmware updates that turned the original, fascinating, but deeply flawed X100 into a likable, usable camera, or the iterative approach that has seen improvements across the board with each successive model, there is evidence that Fujifilm is constantly working to make its products better.

Even though this is the fourth version of the camera, Fujifilm has not made significant changes to the general appearance of the camera even though it is now in its fourth iteration. Why would it do that, anyway? In our opinion, the Fujifilm X100F is a camera that not only has a stunning appearance but also has an endearingly nostalgic air.

The X100F is a wonderfully made camera that exudes a true sense of luxury when it is held in your hands. It is available in two different finishes: the silver you see here or an all-black finish that is more subdued. The shooting experience is improved thanks in large part to the magnesium top plate and the nicely machined outside controls.

The letter T has been removed from the body of the camera and replaced with the letter F. However, Fujifilm has made several other changes to the controls to provide an even higher level of precision.

On the top plate, just as in earlier iterations of the camera, there are dials for adjusting the shutter speed and the exposure compensation; however, both have been updated.

The dial for the shutter speed now functions similarly to the one found on the X-Pro2, providing dual control to adjust the ISO. This is accomplished by raising, twisting, and then dropping the dial to pick the ISO that you want to use.

This works very well while the camera is held in your hand, but it becomes a nuisance when brought to your eye. This is something that we’ve encountered with the X-Pro2 camera.

The Fujifilm X100F uses the company’s most recent autofocus (AF) technology, which was previously implemented in other Fujifilm cameras such as the X-T2 and the X-T20.

This means that you have a large selection of 91 AF points from which to choose, with a central 7×7 grid comprising phase-detection points and two 3×7 grids offering just contrast-detection points. This provides a respectable level of coverage, and if you want even more precision, you can go into the menu and select the 325-point grid option if you truly want that kind of accuracy.

However, we discovered that the X100F was a good fit for the 91-point arrangement that was being used. To acquire focus, we could use the camera’s single-point or Zone AF modes (which employ a 3×3 cluster of AF points), and it also included face detection for when we were taking snapshots or portraits.

The Fujifilm X100F is not intended to be used as an action camera; nonetheless, it is still capable of producing a very respectable 8 frames per second (fps) in burst shooting mode. This mode allows the camera to take a succession of 60 JPEG files or 23 uncompressed raw files.

If you think that’s a little excessive, you may always lower the frame rate to 5, 4, or 3 fps if that’s what you like. This gives you the bonus of using the live view feed between shoots when you cut the speed from the maximum possible.

A new battery, the NP-W126S, which was borrowed from the company’s X-series mirrorless range is a nice but unglamorous addition that has been added to the X100F compared to its predecessors.

When you flick the viewfinder lever on the front of the camera, the optical display will provide a more traditional way to shoot. This is an option that you may prefer when shooting in low light or when manually focusing the camera; however, the optional electronic display that is located in the bottom-right corner of the frame works well in this situation.

The Fujifilm X100F is the ideal representation of the “Kaizen” (also known as “continuous improvement”) concept that Fujifilm adheres to.

Since its release in 2011, when the first model of the X100 was introduced, the business has made changes, improved existing ones, and included brand new ones in each subsequent version.

While each edition of the X100F has improved on the model that came before it, none of them have quite reached the heights that we had hoped for. The X100F is the fourth iteration of the X100 series of digital cameras.

Fujifilm, on the other hand, has created what is essentially the ideal enthusiast small camera in the form of the X100F.

Although it may appear that not much has changed, the X100F ushers in the greatest number of upgrades to date despite its outward appearance.

The image quality is superb; the camera can handle noise effectively even at high sensitivities, and its large dynamic range provides a great deal of creative leeway. Additionally, the Film Simulation settings produce beautiful results.

The most significant improvements, however, have been made to the refining of the control arrangement. The introduction of the front command dial and the focus lever at the back has completely altered how the Fujifilm X100F may be held and operated.

If you set the ISO dial to “A” and either use the command dial to modify the ISO or rely on Auto ISO, this becomes a moot issue. The ISO dial has proven a little less successful than the command dial. When you take into account its additional tactile body-mounted controls and its one-of-a-kind hybrid viewfinder, the Fujifilm X100F proves to be an excellent camera for going out and taking images.