Since the release of the first model in the X100 series about ten years ago, Fujifilm has continued to innovate within the X100 line of cameras with the introduction of the X100V. This latest model of Fujifilm’s large-sensor, prime-lens compact camera (officially pronounced Ex One Hundred Vee) takes the core bits of Fujifilm’s high-end interchangeable-lens X-Pro3 and slips them into a much smaller package. Fujifilm has made its large-sensor, prime-lens compact camera more and more capable with each successive iteration. 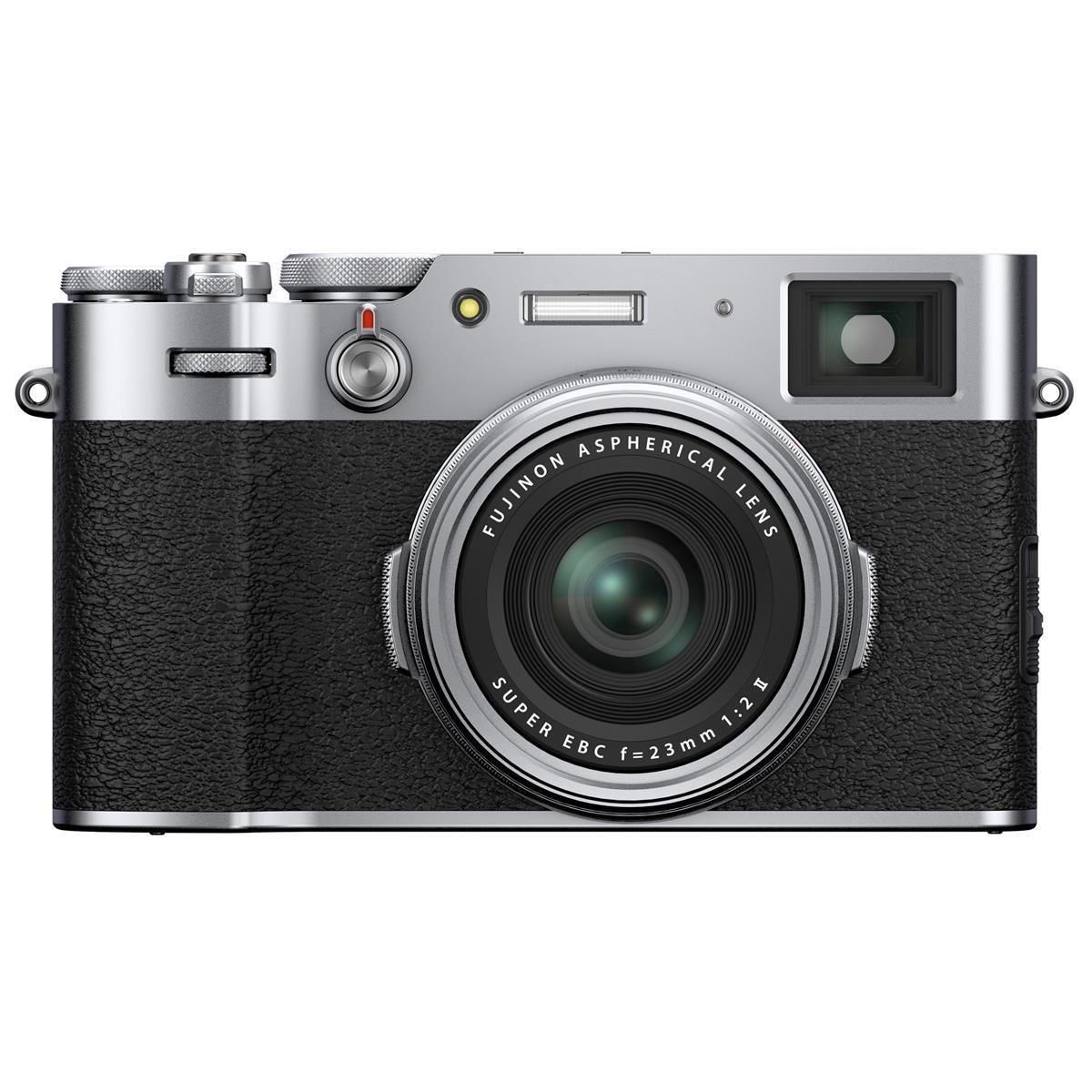 This indicates that you will have the newest 26-megapixel X-Trans APS-C sensor and CPU combination from the firm, as well as the promise of significantly enhanced focusing and the finest video feature set we have seen on a prime-lens compact camera. But that’s not all; the ergonomics have been improved, the viewfinder has been rethought, the lens has been modified, and several other new features.

The X100V feels quite quality despite its high price tag, and it has a design that looks just as fantastic in person as it does in photographs. It has very few competitors in the aesthetics category, except straightforward rangefinders like as the Leica Monochrom M.

If you are new to photography, it may even appear a bit daunting, with its strange ISO-shutter speed dial and a plentiful amount of buttons. This is especially true if you are using a DSLR camera.

The X100V, on the other hand, is a pocketable camera that offers a wide range of creative options despite its little size. It is possible to use it as a point-and-shoot camera, but doing so would be like purchasing a Gibson Les Paul guitar with the sole intention of playing power chords.

The X100V is remarkable in improving its size and overall appearance while including several practical new physical features. The primary illustration of this is the touchscreen’s ability to tilt. It is easy to overlook that this sits so flush with the back of the camera that it can pull it up by around 90 degrees and down by approximately 30 degrees.

This feature is extremely helpful for street photography since it enables you to take pictures from unusual angles, such as shooting from the hip or above your head, which were not feasible with earlier models of the X100 camera or smartphones.

There is a possibility that having a screen that may tilt would make you feel somewhat more uneasy about the product’s durability when it is thrown into a bag; nonetheless, we did not experience any events that were cause for concern on this front.

The revised 23mm f/2 lens and the snappier autofocus that comes courtesy of the new X-Processor 4 are the two most significant shooting advancements that the X100V possesses in comparison to its predecessor, the X100F.

Fujifilm claims that the lens on this camera includes two aspherical elements, even though it has the same focal length and aperture as the lens on the X100F. (rather than one). In principle, this helps enhance resolution while also reducing the amount of distortion.

How does it work in practice? Even while shooting with the aperture wide open, the photos produced by the X100V have a significant deal of clarity in the middle, which is a feature that we did not find present in the X100F.

When shooting at f/2 with the X100F, the photographs tended to be slightly soft, especially when the subject was up close. This was one of our primary problems with the camera. This often means decreasing the aperture to f/2.8 or f/4.

The X100V, on the other hand, makes shooting with the aperture wide open feel like considerably less of a tradeoff than other cameras. Even though the minimum focusing distance has not changed from 10 centimeters, you should now feel more comfortable leaving the aperture at f/2 to create a wonderful narrow depth of field.

Fujifilm’s most recent 26.1MP X-Trans IV APS-C sensor can be found in the X100V. This sensor is also found in Fujifilm’s X-Pro3 and X-T4 cameras, and it achieves exceptional results much like its counterparts.

The quality of Fujifilm’s out-of-camera JPEGs has always been considered one of the company’s strengths, and the X100V maintains this tradition. Photographs with the X100V offer attractive, accurate color rendering and stable exposure. You also receive access to the whole library of “Film Simulations,” which recreates the aesthetic of the many analog films produced by the studio.

Included in this group is the brand-new “Classic Neg” preset, which features a bold and retro aesthetic that lends itself particularly well to the photography of metallic objects. In general, the collection serves as an excellent jumping-off point for photographers who want to add more atmosphere to their photographs with minimal additional post-processing.

We did the majority of our shooting with the X100V in the “Fine + Raw” mode, which enables the user to experiment with different JPEG “film simulations” while still retaining access to the original, uncompressed Raw file.

It is crucial to know what you are getting into before purchasing the Fujifilm X100V since it is the greatest small camera of its kind and a wonderful street photography companion.

Because of its fixed focal length and its concentration on manual photography, the Fujifilm X100V is not a travel all-rounder or a point-and-shoot king. Instead, it fills a far more specialized niche than those two categories. Instead, it is the perfect walkaround camera for serious photographers who view the 23mm f/2 lens not as a constraining constraint but as an exciting opportunity.

If this describes you in any way, you will find a lot to appreciate about this place. The X100V has a tilting screen, which makes it more adaptable than any of its predecessors. It also produces outstanding photos because of its upgraded lens and sensor combination, and it can withstand the elements if you are cautious or if you use it in conjunction with a filter. In addition to all of these benefits, it is just a lot of fun to shoot with.

The fact that the X100 can be carried about in a pocket makes up for the fact that it does not take particularly good photos. Still, many camera owners have discovered that they use it more than their ostensibly “better” primary camera. Even though it has a hefty entry fee, the X100V pulls off this trick better than any other fixed-lens compact camera released up to this point.