People either have a strong affinity or aversion to Leica cameras and lenses. However, due to their incredibly high price points and general image quality, there is a lot of space for discussion about the company’s goods, even though almost everyone on the planet can agree that the M series has a gorgeous design. 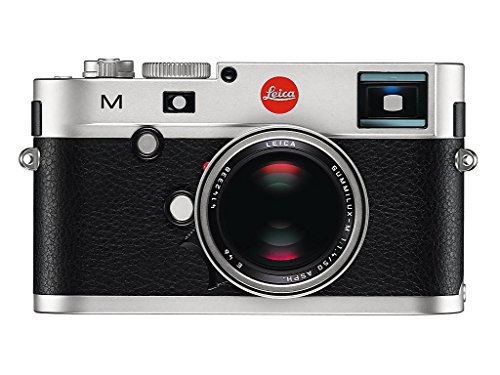 I can declare as a working professional that the Leica M type 240 is precisely the camera I was expecting it would be when I purchased it. I’ve already put it through its paces at five or six different gigs, and I want to continue to bring it along on every shot I do going forward. It’s possible that the HUGE Noctilux f/0.95 lens won’t always work for you, but that’s only because it’s such a hefty lens. In addition, I have the 35mm f/1.4, the 28mm f/2.0, and the 50mm f/1.4.

It shouldn’t be a shock that the Leica M Typ 240 camera is manufactured to the highest standards. I’m not going to go into too much detail, but I will add that it is now weather-sealed and just as pleasant to carry as it was before (in fact, I like it better than the M9). It’s always great to have the additional protection, but as far as I know, there are no weather-sealed Leica M mount lenses, so it doesn’t make that much of a difference in practice.

Compared to the M8 and M9, the menus have seen significant development and now have a contemporary design. It’s a nice shift in perspective. The only aspect I want to see modified at this point is the ISO screen. Even while in live view, it now comes up and overlays the entire screen; however, it would be much handier if it could only be superimposed on top of the picture displayed in live view.

The exceptional image quality is made possible by a recently developed CMOS sensor with a high resolution of 24 megapixels that uses the full-frame 35 mm format. Because of its clever design and flat-pixel architecture, each pixel can gather a huge quantity of light.

Because of this, the photographs produced have exceptional clarity and maximum resolution. Even at higher sensitivities, up to ISO 6400, the new M produces photos with exceptionally low levels of noise and plenty of fine detail.

In tandem with the newly developed sensor, the Leica Maestro processor enables quick picture processing. Improved runtime on a single charge of the Leica M’s new 1800 mAh lithium-ion battery results from energy-efficient image circuitry in the processor and the sensor.

The new CMOS sensor for the Leica M camera has been developed and built such that it is compatible with both Leica M lenses and Leica R lenses. Because of the recently released Leica R-Adapter, virtually all of the Leica R’s heritage lenses are now compatible with the Leica M.

Live view and live view focusing are being introduced for the very first time on the brand-new Leica M. It is possible to construct pictures by making use of the actual image that is created by the lens, which allows for total control over the depth of field, exposure, accurate framing, and focusing. High-resolution renditions of the 3.0 “LCD monitor with 920,000 pixels enable accurate evaluation of the topic being viewed via the lens.

Live view frees users of M-series cameras from the restrictions previously imposed by the rangefinder. These additional possibilities include exposures for macro and telephoto subjects, as well as the ability to utilize the monitor as a viewfinder. Live view is compatible with both M and R lenses and may be utilized with either. Additionally, it permits owners of R lenses to utilize the Visoflex EVF2 electronic viewfinder, which is sold separately.

The Leica M may be used just like a standard single-lens reflex camera (SLR) when paired with an R-adapter, R-lenses, and a viewfinder; however, the monitor is not required.

The recently added Live View Zoom feature may magnify the live view display by up to 10 times, allowing for more accurate concentrating on minute details. Live View Focus Peaking is an automated highlighting of picture contours in a red hue to offer simple focus management. This highlighting is done while the image is being seen in live view.

Utilizing this contour display makes it possible to evaluate the precision of the focusing precisely. Users of the M camera now have access to various focusing settings that may be selected according to the needs of the subject being photographed or the photographer’s preferences.

The Optical Viewfinder is a big rangefinder with bright lines with automated parallax adjustment and frame lines that are lighted by LEDs. At a focusing distance of 6.6 feet or 2 meters, the size of the frame lines and the image sensor are identical.

The viewfinder’s magnification is set at 0.68x, and the eyepiece has been adjusted to -0.5 DPT. Corrective lenses ranging from -3 to +3 DPT can also be purchased as an optional extra.

The LED digital display on the Optical Viewfinder features four digits and seven segments, and it also has a brightness adjuster. If exposure adjustments need to be made, an LED sign will reflect the current condition of the flash.

In automatic mode, it also shows the automatic shutter speed. When using the manual exposure setting, it shows an advisory message that indicates the usage of the metering memory lock.

A split or overlaid image rangefinder appears as a bright field in the middle of the picture displayed in the viewfinder. The rangefinder effective metering base is 47.1 mm (mechanical metering basis 69.25 mm x viewfinder magnification of 0.68x).

This Leica M is the first camera in the M-series to offer full HD 1080p video recording with either rangefinder or Live View focusing. The “Leica Look” is an effect that may be applied to videos captured in full high-definition 1080p. With the stroke of a dedicated button, one may immediately begin recording video.

Longer shooting sessions are now possible with the new lithium-ion battery in the Leica M, which has a capacity of 1800 mAh. This eliminates the need to recharge or replace the battery. Because of the high-performance rechargeable battery, energy-saving exposure metering circuits, the Leica Maestro Image Processor, and the new sensor, a single charge can provide many exposures. This is particularly helpful when shooting in distant regions.