When looking for my first decent digital camera many years ago, I made an exhaustive list of factors to consider before purchasing. I won’t go into the specifics since I don’t want to bore you, but I will say this much: the Leica TL I’m presently holding would not have had a chance. 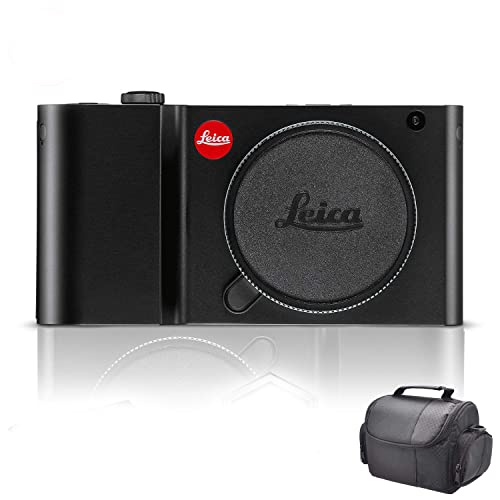 People might mistake the body of the camera for a hefty iPhone if you were to remove the lens and carry it about by itself without the lens attached.

It is a highly good camera, but it also has the appearance of a stylish accessory thanks to its construction from a single block of aluminum and the glass surface on the back of the device that expands over the real touchscreen.

It is sophisticated and polished, yet I feel that this elegance and refinement comes with a certain level of suffering, both figuratively and literally. The Leica TL is a camera that lacks a viewfinder and has a grip that is extremely difficult to use.

Although it is around the same size as the majority of other APS-C cameras that include a mount for interchangeable lenses and weighs roughly the same as the body of Sony’s a6 series cameras, holding the TL is significantly more uncomfortable due to its unique design. There is almost nothing for your palm to rest on in the front grip, and the grip itself is much smaller.

When holding the camera with only your right hand, there is a good risk that you will find yourself accidentally opening and exiting the camera menu or changing the display information many times because the rear screen is entirely touch-controlled and quite sensitive. The designers at Leica anticipate that you will grip the camera’s body with both hands as if you were holding the holy grail in your palms.

If you do this, the Leica TL has a decent enough feel to it, but it makes little to no sense to place your left index finger beneath the body to support it as you would with a Leica rangefinder because the TL does not have a viewfinder.

Although it does not have a viewfinder, you will be led to believe that you can look through it by lifting it to your eye and looking through the viewfinder if you hold it like an M camera, which is something that I did many times even though it does not have one. This brick made of aluminum is intended more as a toy for target practice than as a functional instrument. Because of this, the requirement to handle it as if it were a serious instrument feels strange to me.

When you’ve gotten the hang of avoiding touching the screen when you have no intention of doing so, you’ll be able to appreciate how huge and bright it is. The Leica TL is quick and unobtrusive to use thanks to its intuitive touch and focus capabilities and the ability to have the camera snap a picture as soon as the focal point has been set.

It is an inventive Leica that offers many novel features without losing the characteristic that stands out the most about it, which is its beauty. The pop-up flash is cleverly concealed without becoming fragile when expanded, the strap lug system is smart, and the technique for removing the battery is also creative. This process is identical to the one in the X1D series of cameras made by Hasselblad.

But even though the hardware is put together quite nicely, I have several problems with the software that comes with this camera.

I know that concealing the camera settings makes the display less cluttered; nevertheless, I do not see why you would show them to me when I finish framing the shot when I have only partially pressed the shutter button. This is inconvenient since the settings are presented on a black border that is only partially see-through that runs along the top of the screen. This border obscures a portion of the image that I am going to create.

Is the Leica TL only a matter of appearance? Sincere to a fault. mainly because not only the physique but also the images appear very stunning. The Leica TL features a CMOS sensor that allows it to create stunning JPEGs, which require absolutely no post-processing on my part.

If you want a little more wiggle space, you can also record the images as DNGs, but it can only do so in conjunction with JPEGs. The fact that there is no option to capture exclusively raw data was something that, at first, I believed would drive me crazy.

However, the TL cast a spell on me, and I became ill. A curse that not only forced me to settle for mediocre JPEGs with a file size of six and a half megabytes but also kept me trusting the camera’s algorithm to the point where I didn’t even bother switching to manual mode and instead opted to keep it on full auto-pilot.

Since the 32 gigabytes of internal memory are sufficient for storing all the images I take during the day, I no longer check to see if I have the SD card in my camera.

All I have to do is connect the camera to my computer using the USB port, or I can use the incredibly user-friendly FOTOS app to transfer the files directly to my phone. The TL is, in all actuality, the most expensive and capable point-and-shoot camera I own.

Having an autofocus mechanism that is at least passable is often one of the most significant requirements that I have for point-and-shoot cameras. In this aspect, the TL does not fail to deliver. Before transferring to Sony, I was already acclimated to the contrast-detection focusing technology because I had used Olympus’ OM-D cameras for several years before making the switch.

It is not the quickest and tends to hunt quite a bit before ultimately locking onto the target, but once it does, it provides accurate results. This is of the utmost importance when taking into account the excellent quality glass that Leica provides for its APS-C series.

I now only have the 23mm f2 lens, but after observing how well it performs in comparison to its somewhat larger and longer sister, I am seriously contemplating purchasing the 18mm f2.8.

Any Leica lens will produce sharp images. Still, it never ceases to amaze me how good these relatively small files (at least in comparison to today’s standards) look when they are first extracted from the camera. The TL makes a compelling argument that the file size is irrelevant.

In conclusion, I feel obligated to point out that the Leica T was the model number of the camera that came before the Leica TL. It was released just two years earlier, in 2014, and judging by the specifications, it appears to offer almost the same features as the original. However, the autofocus on the TL is said to be an improvement over the one on the original.

Because I’ve never used the first version of T, I can’t comment on whether or not this is a significant improvement over it. I won’t even attempt to compare the two in depth. However, I feel it is important to bring it up because all of the benefits and drawbacks that have been mentioned up to this point will apply to both of them; in fact, the same can be said for the most recent model in the line, which is the Leica TL2.