The Nikon D3300’s primary purpose is to serve as an entry-level DSLR camera, and it does an excellent job of fulfilling that role. It works well in point-and-shoot mode (given that you don’t mind shooting with the flash), and it contains most of the settings that are necessary for people who want to test the waters in aperture or shutter priority mode and progress beyond the basics of photography. 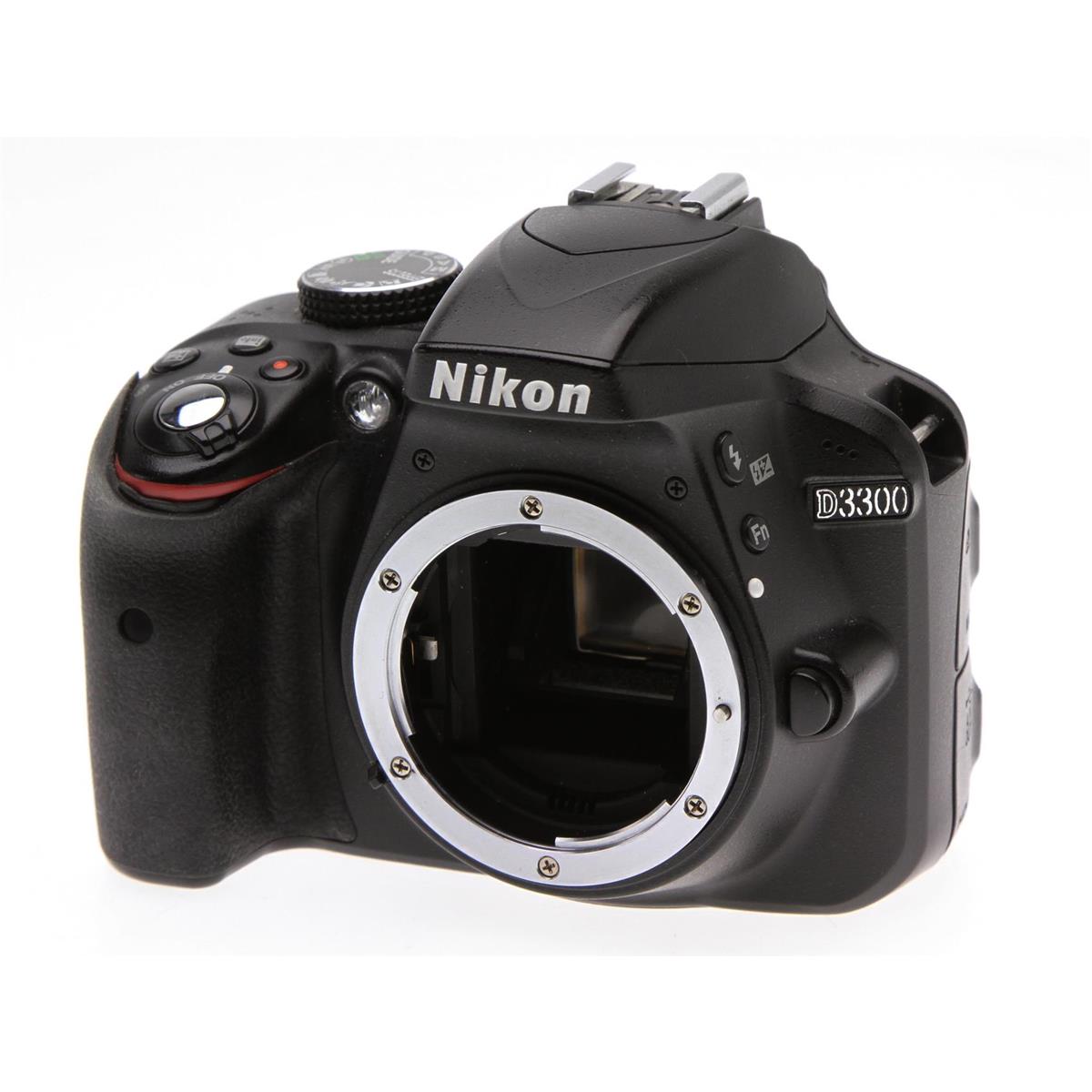 Those who aren’t complete amateurs, on the other hand, may find themselves frustrated by the same performance quirks that we found frustrating in the Nikon D5300. These quirks include things like the inability to use the command dial in the quick menu and the fact that selecting the “Auto” ISO option requires going into the main menu.

In addition, the D3300 is lacking a handful of features that are included in the model that is a step above, such as an integrated wireless network interface (Wi-Fi) and an LCD screen that can be folded out. These are not characteristics that are essential to every user, and the D3300 is likely to satisfy its target audience in terms of its fundamental core capabilities, particularly for beginning photographers.

The Nikon D3300 is distinguished from other entry-level DSLRs by providing a number of useful capabilities that its competitors do not. These characteristics include the best resolution available in its class, the ability to record video in 1080p at 60 frames per second, and a battery life of 700 shots. On the basis of just those three characteristics, this camera has a lot going for it.

When you take into account the D3300’s good optical viewfinder with 95% coverage (though, as usual, Pentax is way ahead of Nikon in this regard with the K-500’s 100% OVF), dependable 11-point autofocus system, and quick 5 fps burst rate, you’ll see that it packs quite a lot into its demure entry-level form.

The Nikon D3300 has a solid build quality and a user-friendly design. It has a plastic build that has a little cheap feel to it, but it is a strong camera that didn’t complain once as I dragged it around on a multitude of bus rides and crammed it in a backpack that didn’t have the perfect amount of padding for it when I was conducting this review.

Although it is light and relatively tiny for a DSLR, it is just large enough to fit in a larger handbag without displacing an excessive amount of other stuff. However, it fits much more comfortably in a camera bag or may be slung over the shoulder and carried by its strap.

The command dial is able to complete its functions in a matter of milliseconds, and when combined with the Fn button, it places an impressive amount of control on your fingers. The fast ‘info’ menu, despite the fact that it may be helpful, can only be traversed by pressing the directional buttons; the command wheel cannot be used; which makes using the menu quite laborious.

In general, though, the camera seems to react quickly, and despite some issues with the speed at which one may navigate the menus, it appears to provide an adequate number of adjustment options for someone just starting out.

If the kit lens is in its extended form when the D3300 is turned on, it starts up and is ready to take pictures very quickly. The responsiveness of the camera as a whole is excellent. It just takes a moment to access the menus that are activated when buttons are pressed, and users have instantaneous access to the settings that can be modified via the command wheel in the back.

However, it is another topic of discussion, and we have previously voiced our concerns about not being able to utilize the back dial to access the fast menus. Playback mode, in its default configuration, scrolls over photographs using a transition similar to that of a slideshow, which may irritate people who are impatient (like us).

This may be turned off with a simple click in the playback menu (playback display settings > transition effects > ‘off’).

The kit lens has a relatively fast autofocus speed when there is sufficient light available; this speed decreases slightly when there is less light available, but it is never unreasonably sluggish for its category. Rarely did the camera fail to focus on the subject entirely, but when the lighting wasn’t perfect, utilizing the focus points closer to the center produced photographs that were consistently sharper.

Direct access to the AF point is a very useful feature, and as a result, when the 11-point autofocus system of the D3300 is put to the test by challenging conditions, it is simple to take charge and bring your subject into focus.

One key point to note, on the other hand, is that the autofocus works well when the shot is taken through the viewfinder. The live view autofocus of Nikon cameras continues to be well behind those of its mirrorless rivals.

It is possible to use it, albeit with some annoyance, for portraits and other still pictures, but it has trouble keeping up with moving subjects. People who are upgrading from tiny cameras and are looking for a live view experience that is comparable to what they are used to should give the D3300’s mirrorless competitors significant consideration.

An articulated LCD is a feature that is only available on the model that is a step up from this one, so video shooters will have to go elsewhere for that functionality. The camera provides access to exposure parameters for video for users who desire them, although the process of getting to such controls can be somewhat challenging.

You’ll be able to access certain exposure parameters if you turn on the ‘Manual Movie Mode’ feature of your camera and enter full manual mode while in live view. Once you begin recording video, if you do not have this mode activated, all of the exposure modes in live view will function similarly to auto modes.

While the video is being recorded, you have access to features such as full-time servo AF, face detection, and subject tracking. The 3.5mm stereo port on the D3300 serves as an input for an external microphone while using the camera. There is a built-in monoaural microphone that has 20 different degrees of sensitivity settings that may be manually adjusted.

The JPEGs produced by the D3300 are of good quality, and the camera’s high-ISO performance is either good or among the best in its class. When it comes to post-processing, the camera’s Raw files stand up quite well, and low ISO Raw shots offer a considerable degree of leeway for modifying shadow tones without incurring a significant amount of noise penalty.

There is a few interesting processing tools accessible rights in the camera itself. There is an abundance of in-camera retouching options, including the ability to straighten, adjust tone curves, and add filter effects to images after they have been captured. One of the nice things about these options is that the camera will use the Raw image data if there is any available from a Raw+JPEG capture.

On the other hand, Sony and Olympus are ahead of the pack when it comes to the extras that can be found inside the camera, such as creative filters and panoramic modes. The in-camera panoramic capability of the Sony a6300 is more dependable than that of the Nikon D3300, and filter effects have been a standard feature of Olympus cameras for (what seems like) decades. The D3300 is capable of providing live previews of artistic effects; however, it is substantially slower to focus in live view, which can rapidly become unpleasant for the user.

Because the autofocus system is dependable and is on par with other cameras in its class in terms of speed, there is a strong chance that you will obtain the photo you want the first time around. This camera certainly does not have the advanced tracking capabilities that its larger brothers have, but the fact that it does have this capability should give it an advantage over its mirrorless competitors.

In spite of this, anyone seeking the DSLR category expressly for greater tracking capabilities may need to look further up the chain, but the D3300’s autofocus performs as well as we anticipated it would.

There is not a lot that is new and interesting about the D3300, but that is not always a negative thing. We have gotten accustomed to Nikon offering solid upgrades that are iterative to its fundamental models, so this is not necessarily a bad thing. Although it does not advance the category as a whole, the D3300 is not actually intended to do so.

It is intended to provide novice photographers with the necessary tools to enable them to produce high-quality images. It delivers that, in addition to going just a little bit farther than the absolute fundamentals, which will continue to please the photographer even as they learn and advance in their craft.

Is the Nikon D3300 the ideal camera for someone just starting out in photography? Almost certainly not. Those who are confident that they will want to learn quickly and have greater control over the settings may want to consider purchasing a model that has two command dials, such as the Fujifilm X-A1 or the Pentax K-50.

Consider purchasing a Sony a3000 or an Olympus E-PM2 if you’re looking for a camera that’s less cumbersome, more maneuverable, and has a greater number of creative options built in into the device. If, on the other hand, you require something that looks like a DSLR, the high resolution, battery life, video specs, and general performance of the Nikon D3300 make it difficult to find fault with the camera.

Load more
The Nikon D3300's primary purpose is to serve as an entry-level DSLR camera, and it does an excellent job of fulfilling that role. It works well in point-and-shoot mode (given that you don't mind shooting with the flash), and it contains most of the...Nikon D3300 Review