Nikon unveiled the Nikon D4s on January 6, 2014, at the 2014 Consumer Electronics Show (CES), exactly two years after the Nikon D4 was announced.

Nikon only made passing references to the camera’s development and its plans to unveil it at the CES even though the camera wasn’t quite ready for a full presentation. 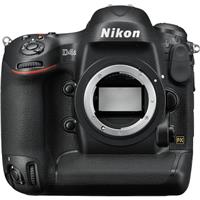 The camera was formally unveiled at the end of February, and shipping of the first models began in March. The Nikon D4s is a little improvement over the D4 with a larger ISO range, quicker image processor, better cable / Ethernet speed, increased battery life, and a ton of new firmware choices.

The Nikon D4s essentially consolidated the already excellent D4 and improved it further as an incremental improvement.

Despite Nikon’s relative silence over the improvements made to the D4S’s sensor, we are informed that it is new and has an effective pixel count of 16.23 million, compared to 16.25 million for the D4. The pixel pitch stays the same at 7.3 m, thus there hasn’t been much of a change.

Nikon claims that the new sensor and Expeed 4 engine combination produces a gain in noise performance of about 1.5EV, which has allowed the company the assurance to increase the native sensitivity level of the D4S by 1EV to ISO 100-25,600. The increased range also includes ISO 50-409,600.

The Expeed 4 processor enables the D4S to shoot continuously at a maximum of 11 frames per second. This speed can also be controlled via the D4, but not with the corresponding capacity to focus and meter in between shots.

As many as 200 JPEG Fine grade files, 176 compressed 12-bit raw files, or 60 uncompressed 14-bit raw files can now be taken in a single burst thanks to an increase in buffer capacity. Due to the D4S’s two-card connections, these photos can be written to either CompactFlash or XQD media.

The memory card bay door’s altered shape shows that Nikon did not utilize the same mold for the D4S as it did for the D4, although the majority of the other design modifications are so minor as to be practically undetectable. It is very difficult to distinguish between the tiny variations in the shallow grooves where the thumbs rest in horizontal and portrait configurations, for instance.

However, that’s not necessarily a bad thing because the camera is still extremely cozy in your hand whether you’re using the horizontal or vertical grip.

The two mini-joystick-style Selector controls on the camera’s back have seen one very noticeable alteration. With their new, harder surface, these are now simpler to locate and use while donning gloves or while working in the rain. Compared to the rubber-topped controls on the D4, they are easier to see when the camera is held up to the eye, and they also have a somewhat more positive feel when in use.

The shutter release is located above the vertical grip and is slightly recessed into the body, despite the fact that the configuration of these controls is very similar on both grips. The front command dial is less noticeable than the horizontal one and is more difficult to locate with your finger while still being simple to grasp. Users of D4 are already accustomed to it, so it’s not a big deal.

The majority of the other controls are within easy reach and operate with the responsiveness you’d anticipate from a pro-level SLR. Although the D4S’s control scheme is clearly organized and the menu is as well, there are a few oddities.

For instance, it appears unusual that pushing the ISO button and turning the main command dial is not sufficient to enable the automatic sensitivity option. Given the D4S’s ability to operate in any environment and its broad sensitivity range, this function is helpful.

Some of the characteristics that may be adjusted via the D4S’s information screen, which is reached by pressing the Info button twice, are a touch strange, as we’ve previously stated with other Nikon SLRs. We believe the main menu would be a better place to put the choices for modifying the preview and Fn buttons, for example. This would save room on the information panel for other features like exposure delay that might need to be accessed shot-by-shot.

The D4S has an optical viewfinder because it is an SLR, and it is excellent, showing the entire scene and being big and bright. As is customary, the region outside of the automatic cropping is muted when a DX lens is attached to the camera, making it simple to compose pictures.

Pressing the front function button activates the option in the menu, bringing up the simulated horizon in the viewfinder to assist in leveling the horizon. This uses the AF point display to show the camera’s pitch, just like Canon SLRs do, however unlike Canon’s cameras, it remains active when the shutter release is depressed. Although you must keep track of the active AF point while the virtual horizon is in use, this makes it significantly more helpful.

The 3.2-inch 921,000-dot LCD offers a very clear view and accurately renders colors, although as usual, it experiences some reflecting issues in very harsh lighting. However, we did not discover a need to change the screen’s default color settings.

It’s obvious that Nikon hasn’t done much, if anything, to enhance the camera’s live view autofocusing. Although this is slow and unsure, the audience the camera is unlikely to find this to be a significant problem.

The D4S’s AF system ups the ante even though the D4’s isn’t a slouch either. The new Group-area AF option does a fantastic job of maintaining a moving subject sharp, and the periphery AF points appear to be a touch more responsive. This is advantageous since the AF points are still grouped together in the center of the image frame.

The D4S, Nikon’s eagerly anticipated successor to its most cutting-edge flagship DSLR, has arrived. We shot a resolution chart as part of our picture quality testing for our impending Nikon D4S review, and frankly, we were too eager to keep the results to ourselves, so here they are.

In contrast to the Expeed 3 imaging engine in the D4, the D4S has the most recent Expeed 4 imaging engine. This makes it easier to switch to the ISO 409,600 level, which is the greatest sensitivity option available (equivalent).

According to our tests, the D4S expands upon the strengths of the D4 by having a better AF system, better detail reproduction at higher sensitivity levels, and a wider range of low-light capabilities.

The PowerShot SX100 IS is the first model in Canon's new SX series of cheap super zoom compact cameras. It places itself in the...

Tips to Help You Improve Your Travel Photos

In order to take great pictures when traveling, you'll need to be skilled, organized, and have the right equipment. To get the most out...

The Panasonic Lumix DC-S5 was formally unveiled in September 2020 at the Consumer Electronics Show. With a full-frame sensor of 24MP, it is a...