The popular but feature-limited entry-level D60 and (now defunct) D40, as well as the mid-range D90, are being filled by the Nikon D5000. 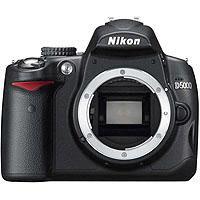 In reality, it has the same 12 million-pixel sensor, AF, white balance, and metering technologies as the latter and includes an HD video recording option.

The ergonomic effect of the D60 and D40 is primarily seen in the D5000’s ability to access its core capabilities through a cutting-edge, approachable graphic user interface (GUI).

A bit of a change for Nikon, the D5000 is larger than the D40/D60 sized cameras while remaining smaller than the D80/D90 body design. And it’s not exactly what we’d describe as attractive. From a conceptual standpoint, the D5000 resembles a D90 most of the time but has a D60 body and an articulated screen added to the back. It appears that the designers used this as their guide for how it should look. It is covered in a plethora of lumps, bumps, and nubs.

The D5000 is similar to the D50 in many ways. It is surprisingly large compared to its contemporaries and, unlike previous tiny Nikons, has a feature set that will spark much discussion on whether to purchase this camera or the model above.

Importantly, this GUI is made to both displays and explain the primary shooting parameters.

For instance, experienced photographers would not give the terms “aperture” and “shutter speed” any thought, while newcomers can easily become perplexed by the terms.

In order to achieve this, the D5000’s rear panel displays an aperture blade graphic that opens and closes when the aperture value is altered, as well as full, fractional shutter speed displays.

The GUI is highly customizable, and it has the beneficial feature that the display rotates automatically based on how the camera is held. Oddly enough, the D5000 does not have the same eye sensor as the D60, therefore when the camera is brought up to the eye, the LCD status panel, which is turned on by default, does not turn off.

The status indicator is distracting and even a touch blinding while looking through the viewfinder, which is a tiny but irksome issue when taking pictures in low light.

The viewfinder is obviously not the only choice with the D5000, as the new camera offers essentially the same highly effective Live View technology as the D90, with the long overdue addition of a fully articulated LCD screen.

Unlike the D90 and D300, its screen (which strangely has a hinge along its lowest edge) makes Live View a delight to use and gives you more freedom to shoot from uncomfortable high and low angles.

A “subject tracking” mode in Live View, which enables you to select a specific subject as the camera’s “target” for following around the scene, is new to the D5000.

The AF system is not truly activated until the shutter button is halfway depressed, therefore this function is not technically a “AF tracking” mode, but it is nevertheless highly helpful for off-center compositions and for shooting moving subjects.

Overall, there is good performance, and the camera always feels quick and responsive. In comparison to the Nikon D60, which wasn’t a slouch itself, processor power and buffering have been significantly enhanced, making the D5000, notably in the continuous shooting category, one of the fastest cameras in the “entry-level” segment. The Nikon D5000 seldom ever interferes with the action, even when it is in raw mode.

It’s fairly amazing how much of the D300’s technology has been downsized from an $1800 camera to one that costs less than $700 in just 18 months. The default JPEG settings may be a little too geared toward the D300 market, but they can be adjusted to give the bright, punchy output that former compact camera owners are likely to expect. The image quality is definitely good. With or without the helpful Active D-Lighting feature, the dynamic range and high ISO performance are both excellent.

Except for the inclusion of subject tracking, the AF system in the D5000 is the same as that in the D90, and as a result, it performed similarly well across the board in terms of responsiveness and accuracy.

However, it should be noted that the D5000 can only accomplish automatic focus with AF-S and AF-I lenses, whereas the D90 has an internal AF motor to enable AF with earlier Nikon lenses.

By clicking the “ok” button while in Live View mode, video recording is readily enabled, and 720p video clips with a maximum duration of 5 minutes can be recorded.

In video mode, no AF

Only manual focusing is available in video mode, and the D5000’s built-in microphone is extremely sensitive, just like the D90’s. Sadly, it can be a touch too sensitive and frequently picks up the sound of the lens zooming or focusing while recording video. Unfortunately, adding an external microphone is not a possibility.

The sensor in the D5000 is the same as that in the D90 and D300, and it doesn’t seem to have undergone any modification for the new model. The wide ISO range of 100-6400 (equivalent) is suitable for almost any condition, and the image quality is extremely good.

The Nikon D5000 wants to be many different things to many different people. It replaces the D60 as an offering meant to entice upgraders from prior entry-level DSLRs and also offers a warm hand-up to DSLR ownership for compact camera users wishing to get more active in their hobby. Additionally, it does both jobs fairly well overall.

It is a very capable camera thanks to the features and technologies carried over from the D90, but the differences in its feature set—low-res LCD, smaller viewfinder, single control dial, fewer direct-access buttons, smaller battery, and more constrained lens compatibility—should prevent it from overstepping the boundaries of its bigger brother.

This year, the Nikon D850 Black Friday deals have started early, and there are already lots of discounts available on a variety of products....

This article will cover the top models on the market if you're looking for a gimbal for your Canon 5D Mark IV camera. With...
Advertisment

The popular but feature-limited entry-level D60 and (now defunct) D40, as well as the mid-range D90, are being filled by the Nikon D5000. In reality, it has the same 12 million-pixel sensor, AF, white balance, and metering technologies as the latter and includes an HD...Nikon D5000 Review