Even though it has been replaced by the more modern D7200, the Nikon D7100 may still be purchased, and the price difference can range anywhere from 15 to 30 percent, depending on where you do your shopping. You can acquire a Nikon D7100 together with an 18-105mm kit lens for the same price as a Nikon D7200 body. 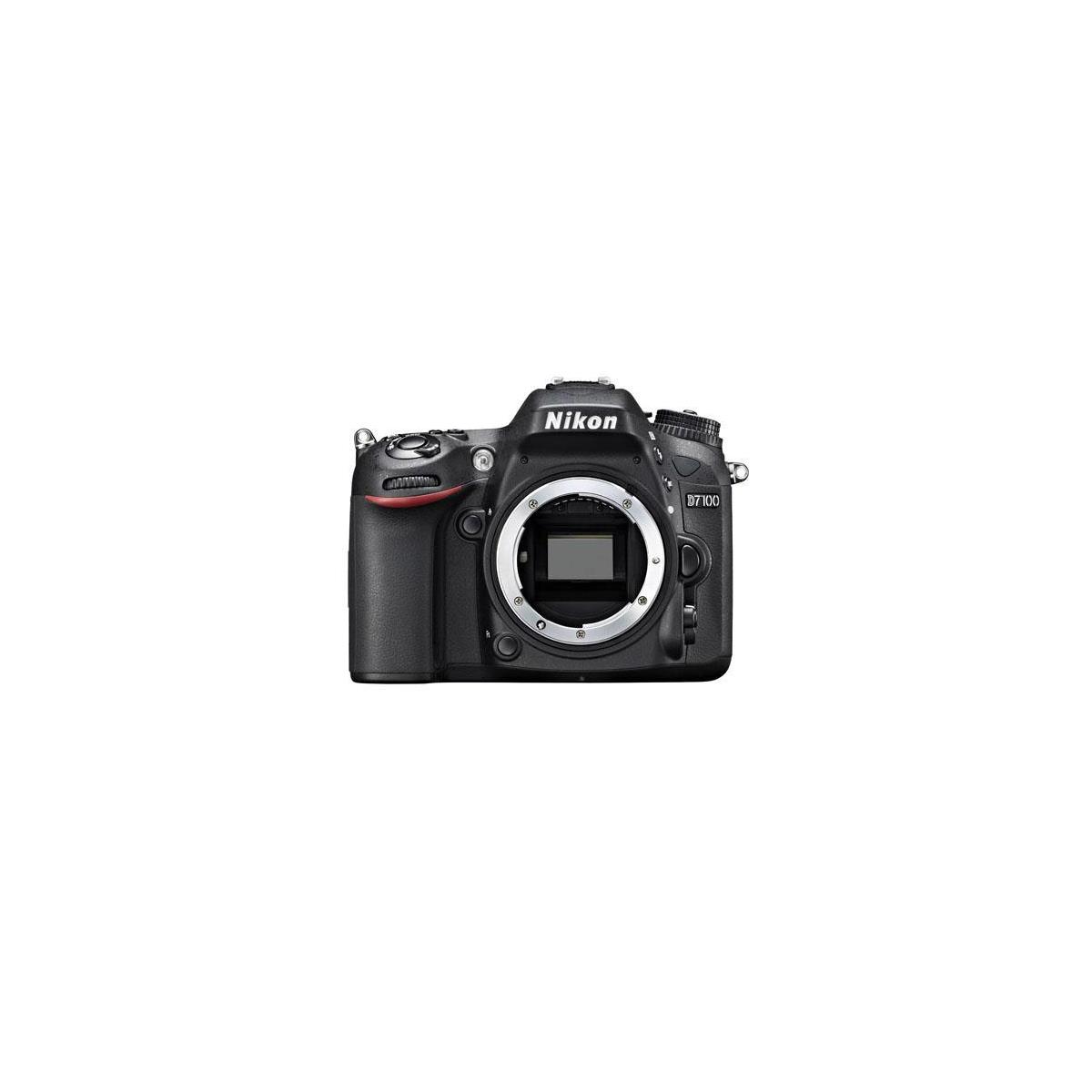 Since the D7100 and the D7200 appear to be virtually identical at first glance, the question arises as to whether the advancements made in the D7200 are worth the additional money, or whether the D7100 is turning into a true bargain. Our first assessment has been revised to include an examination of whether or not the D7100 represents a fair value in today’s marketplace.

The Nikon D7100 makes use of an older version of Nikon’s Expeed 3 image processing engine. This is the component of the camera that is responsible for image processing; in addition to determining the overall operational speed, it also has an impact on the image quality captured at high ISOs and the ability to take continuous shots.

The D7100’s CPU, in conjunction with the camera’s sensor, makes it possible for the camera to have a native sensitivity range of 100-6400 ISO, which can be increased to an equivalent of 25,600 ISO if necessary.

In comparison, the Nikon D7200 is equipped with an Expeed 4 processor that is both more recent and powerful. This gives it an ISO range of 100–25,600, and it can be enlarged all the way up to ISO 102,400; however, photographs taken at these higher levels are exclusively in monochrome.

Although Nikon claims that the Expeed 4 CPU is 30% quicker than the Expeed 3 processor found in the D7100, this does not have an immediate bearing on the rate at which the camera can take continuous shots.

Both the D7100 and the D7200 are capable of shooting at a rate of 6 frames per second; however, the D7200 has a far bigger picture buffer than the D7100 does, which is a drawback of the D7100. This indicates that it can take more images in a burst before it needs to stop and complete processing the ones it has already taken.

Both the D7100 and the D7200 are equipped with a 1.3x crop mode, which is an additional feature that enables things to be taken even farther than they already might be. This is helpful if you need to get a little tighter in on your subject but don’t want to crop the image after it has been captured. Additionally, it enables the maximum continuous shooting rate to be boosted to 7 frames per second, which is a significant increase from the previous maximum of 5 frames per second.

By the way, this is not the same as using a teleconverter because there is no change in the maximum aperture of the lens when it is set to operate in this mode.

The Nikon D7100, much like the D7200, has a really good put-together feel and a strong build, despite the fact that it does not have the bomb-proof air of professional Nikons such as the Nikon D4s. The fact that it has waterproof sealing also means that it can be used in a broad variety of situations, so you don’t have to rush back inside if it starts to rain. During the time that we tested it, it was exposed to a significant amount of mist and drizzle.

Even when held for extended periods of time between images, the camera will still feel natural and comfortable in your hand thanks to the inclusion of lightly textured coatings on both the front and back grips.

Why you can put your faith in TechRadar: the Nikon D7100 is a weather-sealed DSLR camera So that you may select the option that is most suited to your needs, the knowledgeable reviewers at our company put a wide range of products and services through rigorous testing and analysis. Learn more about the testing procedures we use.

Nikon designed the D7100 specifically with enthusiast photographers in mind. These users have a wide range of photographic interests and like shooting a variety of topics, including landscapes, sports, macro subjects, wildlife, and anything else that falls in between. Because of this, the Nikon D7100 has to be able to do a little bit of everything.

Even with a Class 10 SD card attached, the Nikon D7100 has a rather low burst depth despite having 51 autofocus points and a continuous shooting rate of 6 or 7 frames per second. This makes it appear to be an excellent alternative for people who are interested in sports and wildlife photography.

When taking photographs in DX format, we were only able to get about 12–15 JPEGs of fine quality or six raw files before the frame rate dropped below the maximum of 6 frames per second.

Image quality and the way details are rendered are exceptional, even at low ISO settings, while shooting in JPEG or Raw mode with the D7100. Even at modest ISO sensitivities, noise begins to become noticeable at the pixel level, but thanks to the high pixel density of its 24MP APS-C sensor, it is kept well under control and is not distracting.

It should come as no surprise, but it is worth pointing out that if you are looking for the absolute best results that this sensor is capable of producing, the 18-105mm kit zoom will not be of much use to you in achieving those results. We have discovered that the high-end primes and rapid zoom lenses that Nikon offers provide results that are noticeably superior in both our studio and on-location photography.

The auto white balance feature of the camera performs a good job of generating correct colors in almost all lighting circumstances, with the exception of the most severe ones. The JPEG settings that are pre-set on the camera create files that are aesthetically acceptable and avoid obvious sharpening and/or noise suppression artifacts, according to our findings.

Even though you always have the opportunity to adjust these settings to your liking, we have very few complaints about the JPEG output that the D7100 provides right out of the box. We found that the D7100’s files give sufficient of leeway for sharpening changes, retention of highlight detail, and – at low ISOs – the opening up of shadow regions with no noise cost. Users who require the greatest in detail and dynamic range will of course be shooting in the Raw mode.

During our time spent photographing real-world subjects, we discovered that the matrix metering feature of the camera could occasionally produce results that were slightly darker than we would have preferred in scenes with lower contrast, and this was the case whether we used the built-in flash or not. In these circumstances, we discovered that we needed to dial in exposure compensation ranging from 0.3EV to 0.7EV in order to achieve exposures that were more aesthetically attractive. We want to emphasize that none of the original exposures were in any way useless, and we believe that a cautious exposure that preserves highlights is unquestionably superior to an exposure that runs the risk of clipping this data.

Even though the camera has some really great video capabilities, the quality of the video output is not quite up to our standards. Keep in mind that in order to record at 1080 50i or 60i, you will first need to set the camera to its 1.3x crop mode. This is the only way to make this setting feasible. Unfortunately, employing this crop option produces an output that is upsampled to 1920 x 1080. Because of this, even beginner filmmakers will find little use for this mode.

When everything is taken into account, the Nikon D7100 continues to be an appealing option for enthusiast photographers since it focuses on the aspect of photography that these customers love the most, namely detail. It is capable of producing photographs that are clear and detailed right out of the camera, and it has excellent noise reduction up to an ISO of 6400.

On the other hand, if you are primarily concerned with the level of detail, the D7200 is an improvement. Although the D7100 is just as good as its primary competitors in the market for cameras aimed at mid-range photography enthusiasts, the D7200 is marginally superior.

How to Take Pictures of Lightning

Lightning is simply incredible. The sparks of electricity fleeing the sky fill me with dread and amazement. Capturing lighting may be a thrilling experience...

The Canon SX150 IS is a superzoom camera with a resolution of 14.1 megapixels and an image-stabilized optical zoom that has a wide-ranging 12x...

Even though it has been replaced by the more modern D7200, the Nikon D7100 may still be purchased, and the price difference can range anywhere from 15 to 30 percent, depending on where you do your shopping. You can acquire a Nikon D7100 together...Nikon D7100 Review

https://youtu.be/wsvWJT3m0jI The Fujifilm X-H2 is the most recent addition to the company's X Series series of mirrorless cameras, which has been tremendously successful for Fujifilm....

This year, the Nikon D6 Black Friday deals have started early, and there are already lots of discounts available on a variety of products....

Best Memory Cards for Sony a37