There has been a gap of around two years between the launch of the Nikon D7100 and the arrival of its replacement, and at first glance, the new D7200 appears to be more of a minor upgrade rather than a fundamental redesign. 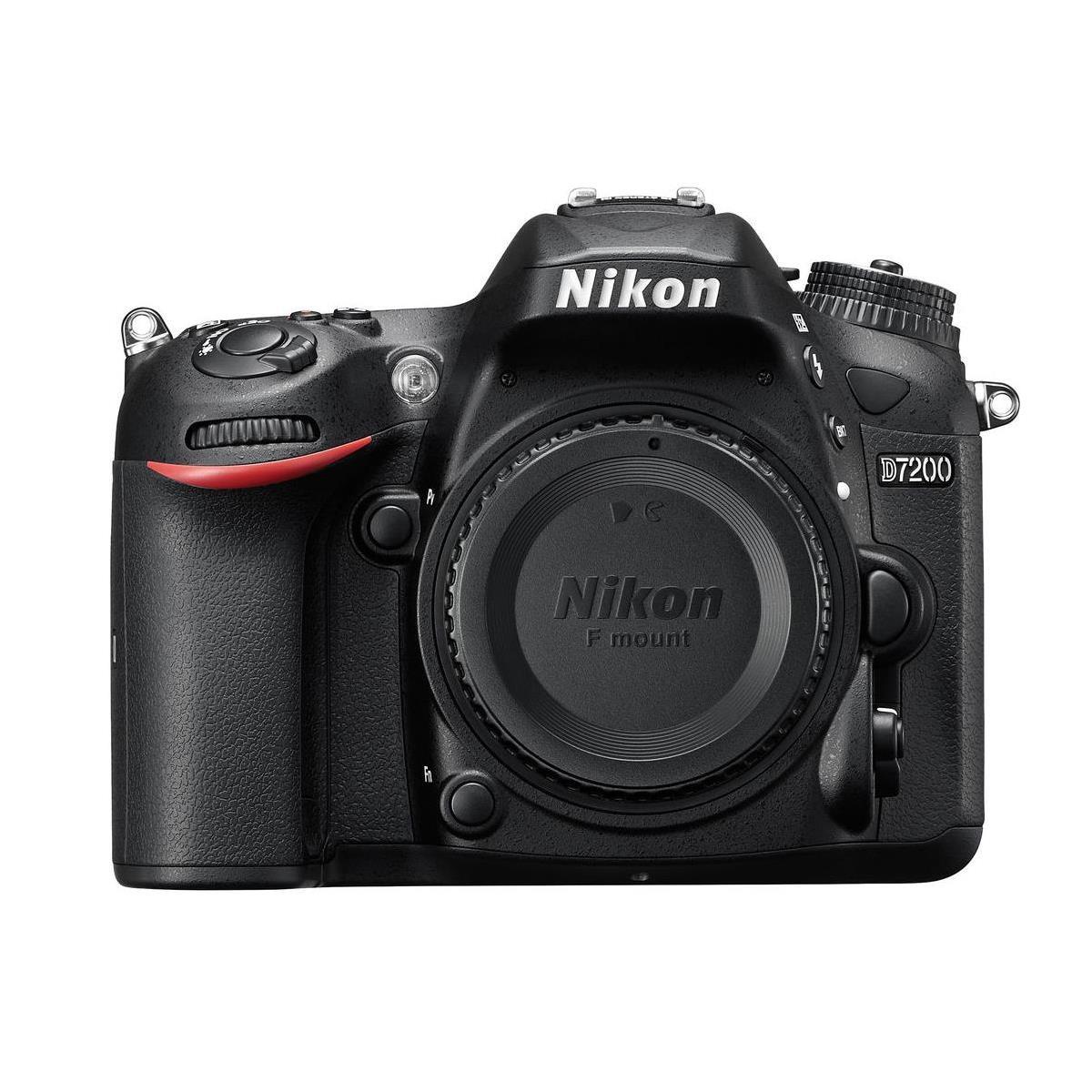 As of this writing, the D7500 has taken the position of the D7200 in Nikon’s lineup of digital SLR cameras. The more recent camera has a pixel count that is somewhat lower than its predecessor at 20.9MP, but it delivers a better ISO performance in addition to a number of other adjustments and improvements. A touchscreen with a tilt-angle functionality and the ability to record in 4K are also included. Because of this, the Nikon D7200 is currently available for a reasonable price, despite the fact that it is still one of the enthusiast DSLRs that we like the most.

The Nikon D7200 is similar to its predecessor in that it does not include an anti-aliasing filter in front of the sensor. This is an innovation that was aimed to generate photos that are crisper and that represent tiny details more accurately.

When photographing fine textures or patterns, anti-aliasing filters are used to prevent moiré, also known as interference effects. Nikon stated at the time of the D7100’s launch that the high pixel density of its sensor would make it unlikely to suffer from any moire patterning, and we have not seen any reports from users suggesting that it is a problem.

The Expeed 3 processor that was previously housed within the camera has been replaced with the Expeed 4, which is a newer and more powerful model. This is just one of the considerable advancements that have been made in comparison to the D7100.

The D7200 has the same frame rate as the D7100, which is either 6 frames per second at full resolution or 7 frames per second when using the 1.3x crop mode. However, due to the faster processor, the buffering capacity has been improved, which was one of the most disappointing aspects of the previous model.

However, it is important to understand that these statistics apply to smaller 12-bit NEF files rather than the 14-bit files that are preferred by people who are searching for the highest possible image quality. Nikon boasts that the D7200 is capable of shooting 100 JPEGs or 27 raw files in a single burst.

It is clear that Nikon exerted a lot of effort in order to make the D7200 appear and feel like a high-quality piece of equipment, and their efforts paid off: the camera feels and handles like a more costly model, such as the D610 or the D750.

Once you have the necessary information, connecting the camera to your mobile device using Wi-Fi is a simple process. The control is somewhat tucked away inside the menu settings; nonetheless, I would want to have a dedicated button, or at the very least, the option should be included in the I menu.

Instead, you will need to select Enable from the drop-down menu that appears next to the Wi-Fi option on the third page of the Setup Menu found in the Main Menu. You are only able to shift the focus point and trip the shutter release from inside the remote app, but it is still useful for taking pictures of groups of people, using a tripod (so as not to shake the camera), and photographing shy or dangerous objects from a distance.

The capability to transmit photographs from the camera to your phone, which enables you to rapidly share them via email and various social networking platforms, is maybe the most helpful feature of this camera.

It was the first Nikon DX-format (APS-C) camera a couple of years ago, but the D7200 is capable of focusing at as low as -3EV. This is made possible by the improved MultiCAM 3500 II 51-point autofocusing system. This is a tried-and-true AF system that’s been inherited from full-frame models that are higher up in the Nikon range.

The Matrix (all-purpose) metering system produces well-exposed photographs in the majority of settings, and it even deals rather well with some scenarios with a large contrast range.

The automated white balance technology is also quite adaptable since it can work effectively in a variety of lighting circumstances. It performs almost perfectly regardless of whether it is daytime or cloudy outside. Because it produces results that are a touch on the warm side when used in artificial lighting, we suggest either switching to a WB setting that is better suited for the conditions (like Tungsten), or taking a white balance setting that is tailored specifically to your needs.

Because of our experience with the Nikon D5500, we are aware that the combination of a sensor with 24.2 million pixels and a processor with Expeed 4 is an excellent one. Therefore, I was anticipating quite nice results from the D7200, and I wasn’t let down in that regard.

This camera, like the one that came before it, the D7100, is geared toward amateur photographers who are likely to want to shoot a wide variety of subjects. As a result, the camera needs to be a versatile all-rounder that can adapt to a variety of handling requirements and shooting conditions.

In comparison to the D7100, the D7200 may not be an entirely new design, but Nikon has made some minor adjustments to what was already a fantastic camera in order to create something that is undeniably superior to its forerunner. Although considered separately, the adjustments might not appear to have made much of a difference, when seen as a whole, they certainly have.

The build quality of the D7200 is reassuringly solid, just like that of the D7100, and the camera handles well; it has a high-quality feel that you would normally expect from a model closer to the top of Nikon’s range, rather than from one that is in the middle of the company’s lineup.

Canon published a firmware update for the Canon EOS R3 this morning that addresses "the oddity whereby the camera infrequently becomes inoperable" when shooting...

The top end of the tiny market has always attracted a decent amount of attention, but Sony's choice to cram a 1.0-inch sensor into...

This evaluation has been revised to reflect the functionality and performance of firmware version 1.6, which was made available in the latter half of...

There has been a gap of around two years between the launch of the Nikon D7100 and the arrival of its replacement, and at first glance, the new D7200 appears to be more of a minor upgrade rather than a fundamental redesign. The D7200 has...Nikon D7200 Review

The Canon PowerShot SX50 HS is a brand-new super-zoom camera that comes equipped with a 50x zoom lens. This gives the camera a focal...

This year, the Panasonic Lumix ZS50 Friday deals have started early, and there are already lots of discounts available on a variety of products....