It does feel like a long time coming, but the Nikon D90 is a direct replacement for the D80.

After all, the cheaper D60, which has the same resolution, a larger LCD, and a new, image-stabilized kit lens, was beginning to make the more expensive D80 feel a bit ashamed. 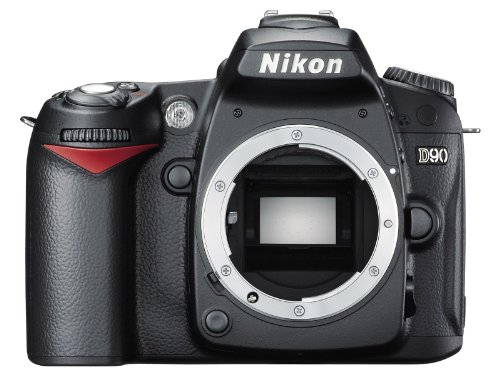 The Nikon D90’s body is very similar to the previous D80. It’s easier to grasp than the D60s because it’s bigger and chunkier. Although its dual control dials may initially be puzzling, they work considerably better when adjusting the aperture and shutter speed.

Beyond handling benefits, this camera offers a lot more features that can attract buyers away from the D60.

Although nothing in the specifications suggests any differences, the 12.3-megapixel CMOS sensor employs technology that was “inherited” from the D300, which seems like a clever way of implying that it might not be exactly the same. The ISO range is 200–3200, although it can be “extended” to 100 or 6400 at either end.

The first characteristic to be examined was high ISO image quality, which has been proved by recent Nikon SLRs to be good. Maximum continuous shooting speed is 4.5 frames per second (fps) when using a high-speed memory card, and the 11-point AF system is significantly more advanced than the D60’s 3-point system.

The D90 now has a Live View mode as a result of the move to a CMOS sensor, and it looks fantastic because to the superb 3-inch, 920,000-dot LCD. The “self-cleaning” sensor unit ought to reduce your concerns about dust as well.

Another significant change is the introduction of a new 18-105mm VR kit lens. Retailers will undoubtedly offer additional configurations, but this one is by far the best value. All things considered, it’s plausible that the D90 is being contrasted with the incorrect camera. The D60 is obviously streets behind it.

In fact, it’s so good that the D300 might be more at risk from it. It doesn’t have the tank-like construction of the D300, but it seems solid enough and portable. The more pertinent query might be, “What can the D300 do that the D90 can’t?”

According to Nikon, the D90’s shutter is built to last 100,000 cycles (about a professional benchmark), and the battery should last no less than 850 shots before needing to be recharged.

The D90 is also the first DSLR in existence to have a Movie mode.

With a maximum quality of 1,280 x 720 pixels at 24 frames per second, it outperforms all but a few of digital compacts, makes MiniDV camcorders appear a little ill, and may even displace HD camcorders in sales.

Although this Movie mode has several restrictions and downsides, it is nonetheless outstanding (we will devote a two-page spread to it following this review).

Anyone who has previously used a Nikon DSLR will be familiar with the D90’s control layout.

The power switch is a spring-loaded lever that wraps around the shutter button, and it starts up very instantly. While the rear LCD can be used to check the settings, it is most likely only going to be used to display images in Playback and Live View modes because there is a mono status LCD on the top plate.

The small size of some of the icons on the status LCD is the sole drawback.

However, the 3-inch LCD on the back is different. Not only is the size remarkable, but also the saturation, clarity, and level of definition. Bright light can sometimes overwhelm it, but generally speaking, it is very simple to distinguish. However, there are a few minor problems with this.

The first is that it deceives by flattery since it is so brilliant and bright. When you load up photographs that appear stunning on the camera’s back onto your computer, they may turn out to be disappointingly unexceptional.

Its fixed position is another problem. While you may overlook the fact that the Live View mode’s utility is marginally diminished as a result, the challenge of editing videos on a fixed LCD becomes clear right away.

True, this is true of the majority of tiny cameras, but if you were to contrast the D90 with a good camcorder, this would be a flaw.

The Nikon D90 appears to be a high-quality camera overall. Additionally, the brand-new 18-105mm VR kit lens is the ideal addition. It is the perfect weight and size for the D90’s body, creating a harmonious combination. There is no “slop” or “creep” in the smooth, light zoom movement. Although the manual focus ring has a slightly slimy feeling, this lens feels pretty excellent overall.

So far, the D90 has received a pretty unequivocal thumbs up; the only thing left to criticize is its image quality, although even this is excellent. Particularly in artificial lighting, the exposures, color rendition, and auto-white balancing are all superb.

A high ISO performance, too? Stunning. The 18-105mm lens has good definition, and perhaps more importantly, it maintains that definition throughout the entire frame and across the entire focal range. There isn’t any certain “sweet spot” in the aperture or zoom range that you must adhere to.

It’s interesting to note that when this lens was used on the Nikon D90, there was nearly no chromatic aberration, but there was when it was tested on a D50 body. Does Nikon use in-camera image processing to make a correction?

There are indications that Panasonic, for instance, might be applying a similar technique to some of its cameras.

The D90 is a fantastic mid-range DSLR, but the answer to that issue isn’t quite apparent.

Canon enthusiasts could choose the EOS 40D’s more streamlined design and handling, while Pentax K20D’s photos’ depth and dynamic range might persuade others.

However, the Nikon D90’s features, performance, and value are truly so exceptional that we feel compelled to award it one of our highest ratings ever.

Despite the addition of video, the D90 seems to adhere to the same concept as the D80, which we referred to as a photographer’s camera. It’s a highly competitive piece of equipment in terms of specs alone, but the features that have been picked and combined to create it make it the camera that it is.

The D90 viewfinder is among the best available on an APS-C camera, and it is located above the camera’s highest-resolution screen to date. The two-dial interface is easy to use and has thoughtfully placed, well-chosen buttons. (Purchasers switching from other systems can even operate the meter and dials backward to make everything a little bit more acquainted.)

Even while it may require a little internal setting adjustment to customize the output to particular demands, the image quality, whether at base ISO or the higher settings, is superb.

Although it makes sense that Nikon would want to try to align the processing settings with its more costly cameras, it is debatable how well the default output, which is rather under-sharpened, will suit the consumers of this camera. Things get better with a little bit more contrast and saturation, with no negative consequences.

The D90 was initially discussed in relation to its video capabilities, and it does, in fact, record HD videos—good ones, by the standards of digital stills cameras. However, keep in mind that nothing can stop this camera from shooting pictures, so try not to let that deter you.

Because of its degree of configuration, it has lengthy menus, although they are typically organized and color-coded to reduce the chance that you would get lost in them.

A status screen that provides pretty quick access to those important factors that lack their own buttons is another option, as is the opportunity to make a menu of your most frequently used settings (or list the most recently used ones, if you don’t want to spend time setting it up).