The M8 digital rangefinder camera introduced in 2006 was a shaky beginning for the notion of a digital version of Leica’s M rangefinder camera. Still, the idea has been developing ever since, and the M10-R is undoubtedly the greatest execution of the concept yet. 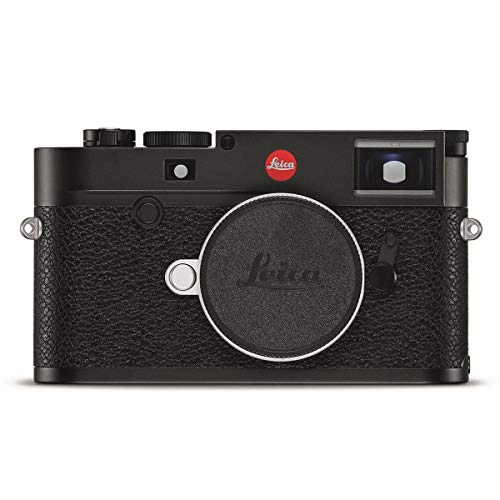 It has been difficult for Leica to strike a balance between the fundamental historical aspects of its iconic 35mm RF cameras and the expectations of consumers for a modern digital camera. This isn’t easy to do without sacrificing something in some other aspect of the camera.

As a consequence, these cameras will never be found in general use; in fact, Leica considers the lack of availability to be a desirable trait in its products; yet, owners of the M10-R may anticipate competitive imaging performance… just encased in a body that is significantly unlike to those of a DSLR or a mirrorless camera.

The M10-R is the fifth model in the M10 series produced by Leica. It joins the original model, the stealthy M10-P, the purist M10-D (which does not include a display screen), and the M10 Monochrom, which is only capable of producing black-and-white images.

The M10-R features the RGGB-filtered version of Monochrom’s 40.89 megapixels full-35mm CMOS sensor, in addition to inheriting all of the refinements introduced with the M10-P, such as the quieter mechanical shutter assembly and the touchscreen controls. In terms of its particular party tricks, the M10-R has what is essentially the RGB-filtered version of Monochrom’s full 35 mm CMOS sensor.

By the Leica concept of Das Wesentliche, which might be translated as “The Essential,” the in-camera processing for JPEGs is limited to the most fundamental aspects of the format… contrast, sharpness, and color saturation, or the capturing of the image in black and white

There are several other features, such as an intervalometer, auto exposure bracketing, and a dual-delay self-timer, but those are the only ones available; everything else is about controlling the camera directly.

This begins with the optical viewfinder, which has remained at the core of every M camera since 1954 when the first M3 was released and continues to be at the core of every M camera today. The M is an abbreviation for messsucher, the German word for a combined viewfinder and rangefinder. This feature, which was revolutionary when it was introduced, was the inspiration behind the M3.

Throughout the years, it has, of course, been subjected to consistent development and refinement, with the first model of the M10 being the one to usher in the most recent set of enhancements. These new features include a larger field of vision and an improved magnification of 0.73x.

The build of a digital Leica M is so rock-solid that it will be the first thing anyone who has never used one of these cameras notices when they pick one up for the first time. It has the characteristic Leica finesse that makes it feel like a beautiful instrument while at the same time giving the impression that it is extremely tough because it is.

The design is reminiscent of a traditional Leica 35mm rangefinder camera, and it has become even more so with the introduction of a more compact chassis with the initial M10 model. However, there is no film advance lever or rewind crank on this model. This model comes with the recognizable “red dot” insignia, but the model number is carved in extremely small print along one rail of the hot shoe, so it may be difficult to detect.

Inexperienced users could have trouble locating the slots where the memory card and the batteries are stored. They are located in the base, but they are hidden behind the baseplate, which can be removed entirely to facilitate access. This is a design feature that has been directly carried on from the original M3, and it has been implemented in every M camera since then, regardless of whether it is film or digital.

The rationale for this was to keep the structural integrity of the M10-R body at its highest possible level, which is still the case today. Despite this arrangement, the M10-R body is nevertheless protected against the infiltration of dust or moisture thanks to ultra-fine machining tolerances. Aside from the flash hot shoe, there are no other interfaces, therefore the integrity of the body itself is not jeopardized in any way by any of the other compartments.

At this point in a camera review, we would be evaluating the performance of the autofocus system, which does not apply here. However, it is important to reiterate that the M10-R’s rangefinder focusing does allow for very precise manual focusing, or there are focusing aids available in live view that are characteristic of the digital era.

You will also need to control the center-weighted average metering since it is quickly impacted by scenes that are either too bright or too dark. Because of this, you will need to know when to use exposure compensation or when to make changes when shooting in completely manual mode. On the other hand, there is the real-time histogram display that is available in live view to serve as a guide (and the option of multi-zone metering).

The sensor of the M10-R, just like the sensor in the SL2, was designed by Leica but was manufactured by somebody else. It can produce images with a maximum resolution of 7864 by 5200 pixels and record RAW data in the Adobe DNG format utilizing 14 bits (using lossless compression). The picture size of the biggest JPEG is only reduced by a few pixels, coming in at 7840×5184; you also have the option of selecting one of two lesser file sizes.

The original sensitivity range extends from ISO 100 up to ISO 6400, and it can be extended even further to ISO 50,000. According to Leica, the dynamic range of the 36MP models is improved by two stops compared to the 24MP versions, bringing the total to slightly over 15 stops.

Despite the significant improvement in resolution, the buffer size is maintained at 2 GB, and the continuous shooting speed is 4.5 frames per second rather than 5.0 frames per second. This results in a shorter burst duration.

However, it is difficult to imagine this being a significant problem with a camera such as the M10-R. It’s not about firing away haphazardly and crossing your fingers that you get one nice shot out of a series; rather, it’s about shooting with greater consideration.

The M10-R has a resolution of up to 40 megapixels, which enables it to capture a great deal of finely resolved information and tonal gradation that is completely seamless. The typical “punchiness” of a Leica photograph is still present and truly helps to bring depth to a picture.

When shooting in RAW, the large dynamic range of the new sensor guarantees that there is plenty of exposure flexibility. This means that even if the center-weighted metering does cause you to make a mistake, the error is simple to remedy after the fact.

If you are shooting JPEGs, you can keep a lot of detail in the brighter highlights as long as you are on top of the exposure settings. However, dialing in a little negative compensation is a smart insurance policy because the shadows will quickly brighten without an apparent increase in noise.

What you see is what you get because there are no color options available for customization, although the accuracy and saturation levels are well-balanced overall. The more delicate tones have been handled well, and the overall color reproduction has nearly the look of the film, which is very gratifying to the eye.

The M10-R is still primarily a prestige camera for those who are photographic purists or want to do things differently. Still, it is also currently smacked in the middle of the pack in terms of the picture quality standards being set by the industry leaders in mirrorless cameras. The price tag is always going to be a problem, but anyone who can afford it is also buying into the tradition and highly distinguished history of Leica.