The top end of the tiny market has always attracted a decent amount of attention, but Sony’s choice to cram a 1.0-inch sensor into the RX100 four years ago provided the format a much-needed boost.

Although such cameras have their limitations and can’t always replace interchangeable-lens systems, their continual development in output quality and their small size make them a popular first choice for casual shooting and occasionally more deliberate photography as well. 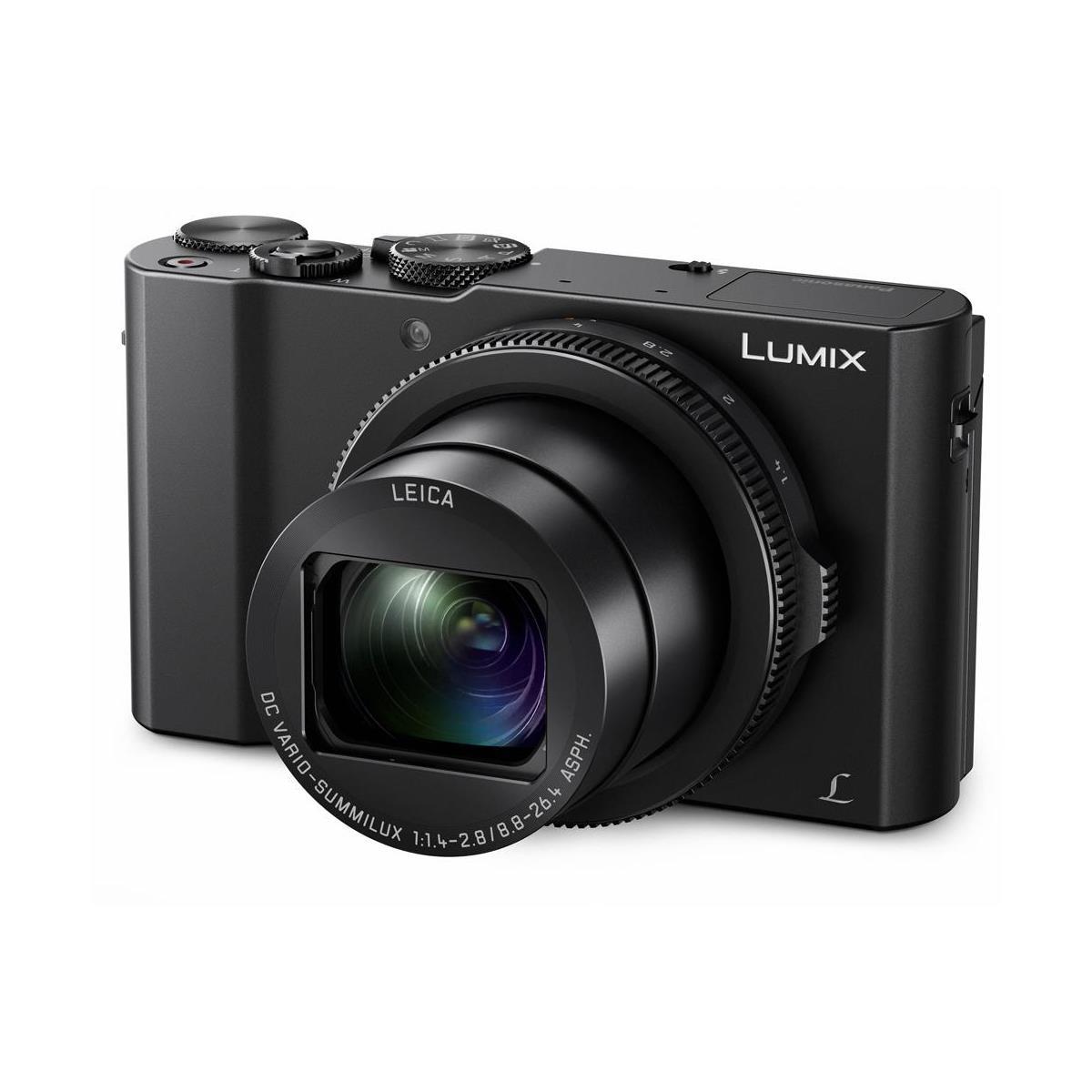 Thanks in part to the sensor at the heart of these models, but also to the use of premium lenses and cutting-edge video capability, Sony has experienced considerable success with its RX100 line.

The sensor not only captures still images but also records 4K UHD video (3840 x 2160 pixels). This can be recorded at a maximum frame rate of 30 frames per second, with options for 25 and 24 frames per second as well. If this is too fast for your needs or your memory card can’t handle it, you can choose to record in Full HD at various frame rates up to 60 frames per second.

The ability to extract 4K-resolution frames from the video and a 4K Live Cropping option, which enables you to zoom into the scene and program the camera to automatically pan across, are just two of the many additional and related choices that come with 4K video recording.

The lens also includes a nine-bladed diaphragm to aid in producing circular bokeh, and when used in macro mode at its wide-angle setting, it can focus as close as 3 cm from the subject. Additionally, it has a sensor-based stabilization system and an optical image stabilization system from Panasonic that together make up a five-axis Hybrid OIS+ system.

A 3.0-inch touchscreen LCD with a 1.04 million dot resolution and the ability to be tilted upward and 180 degrees in order to face the front is located on the camera’s back. A few portrait-specific settings, including skin softening and slimming filters, both of which are available in varying degrees, are immediately displayed after performing this step.

The Panasonic Lumix LX10 and LX15 are plainly made to fit into a pocket because they barely fill the palm of an average hand. Its main body is made of metal, and the different dials seem to have been constructed to the same standards. A few buttons on the back are somewhat small but have good travel.

Two dials are located on the top plate; one is used to adjust shooting modes, while the other is a command dial that is mostly used to alter exposure settings. The mode dial’s rigidity isn’t entirely unexpected, but its flatness does make it a little trickier to get a grip on. The command dial is a good size and rotates effortlessly. However, if you only ever use a few exposure options, this might not be a problem.

There is a raised portion of the front plate that serves as a grip, unlike the models in the RX100 family. This has the advantage of adding little to the camera’s size, though some people may have wanted something slightly beefier because it doesn’t really make much of a difference to the handling.

The lens is surrounded by a control ring, which can be customized to conduct a variety of various tasks, from focusing and exposure correction to several choices like iresolution and aspect ratio. By default, the control ring is set to zoom the optic.

The aperture ring with two protrusions around its smooth edge is located between this and the body and serves as a grip for the user. Although the proximity of the aperture ring to the main body and its shallowness makes it feel hard to operate comfortably, the two rings together only add a few centimeters to the camera’s profile.

Overall, the Panasonic LX10/LX15 is constructed to a high quality, offering a wide range of physical controls at the user’s fingertips and plenty of customization options. However, the narrow grip and aperture ring design indicate that size was prioritized over convenient handling and operation.

It’s wonderful to see that the LX10 / LX15 exhibits the kind of snappy performance we’ve come to anticipate from Panasonic. The last few generations of Lumix compacts and compact system cameras have been endowed with exceptional AF speeds.

In favorable lighting, the camera achieves autofocus almost instantly, or at least without any noticeable delay. Even in extremely dark settings, the focus is frequently achieved with only a little delay thanks to the nimble AF-assist lamp. When confronted with darker conditions, the lens quickly bounces back and forth before confirming focus.

You can choose this focusing point with ease thanks to the touchscreen’s responsiveness, and you can change the size of this box by turning the command dial on the top plate. This is excellent for when you need to concentrate on a little (or far away) thing, though you may also use the Pinpoint option for higher accuracy.

In this case, the camera takes a little longer to find focus than when using its default settings, but once focus is verified, the center of the screen is magnified to help you see what is and isn’t in focus. You can also change how long this magnification lasts if you like, which is a lot of control for a small camera.

The Panasonic LX10 / LX15 isn’t exceptionally quick, but it’s rather typical for a model of this type to completely extend its lens and be ready to shoot after being powered up. As soon as the camera is turned on, there is a small additional delay that lasts for around an additional second.

Despite being essential given how short it is, the lens moves quite slowly across its focal range. The ability to precisely adjust the focus range in single mm increments is made possible by the zoom collar’s responsiveness to even the slightest nudges around the shutter release button. If you just need standard focal lengths like 35mm and 50mm, you might select to step the zoom.

Although using the camera reveals that the maximum aperture shuts down to f/2 by 27mm and to f/2.8 by 32mm, which may disappoint some, the lens’s maximum aperture of f/1.4-2.8 compares favorably with rivals that only manage f/1.8 or so at the wide-angle end.

In daily photography, there doesn’t seem to be much of a need to use the camera’s exposure correction feature because the default evaluation pattern works well with a variety of settings.

When shooting on the street, the camera does a good job of keeping balance throughout the frame and only slightly underexposes when confronted with a bigger region of bright skies.

The camera isn’t readily tricked into producing an overexposed image when photographing a primarily dark subject, unlike so many others.

Such sceneries also exhibit some reasonable latitude when processing raw photos. Areas that are only a stop or so underexposed can be successfully elevated, and areas that are considerably more underexposed can also be saved—but only in conjunction with meticulous noise reduction and sharpening.

With a good selection of settings, including the option to store files over current versions or as new ones, raw processing in cameras is often well thought out.

Only a light pattern impacts photographs taken in moderate illumination when utilizing mid-range sensitivities like ISO1,600, one that may be readily processed without any negative consequences. Image noise is largely absent at lower sensitivity.

But when applied to photographs with higher sensitivities, noise reduction destroys not only the fine details but also the color saturation, making the images look lifeless. Although you may also alter this as part of the camera’s Raw-processing features after capture, unlike on many other cameras, high-ISO noise reduction is modified for each Photo Style rather than being applied worldwide.

In the enthusiast compact market, Panasonic has a long and laudable history, and the LX10/LX15 is yet another excellent contribution to the Lumix portfolio.

It is a really pleasurable camera to use thanks to its quick autofocus mechanism and crisp, responsive touchscreen, and the quality of both photos and movies is consistently outstanding.

Due to the camera’s small size and proportions, you won’t be deterred from bringing it out for the evening but will still feel comfortable enough to use it in situations where an interchangeable-lens camera would be more appropriate.

It is not the only company that manages to provide all of this, and extremely capable competitors from brands like Sony and Canon make it worthwhile to consider carefully what you need and what you’re willing to do without.

For example, the absence of a viewfinder and an appropriate grip alone will deter many people, especially those used to interchangeable-lens systems.

The lack of an ND filter may also annoy those who photograph seascapes or long exposures, but this is a minor complaint and won’t annoy everyone.

This year, the Sony a6000 Black Friday deals have started early, and there are already lots of discounts available on a variety of products....

Even though it has been on the market for well over three years, the Nikon D3500 is still our top selection for the best...

When it comes to lenses that can handle a wide variety of needs and shooting scenarios, there aren't many that can compare to a...

The top end of the tiny market has always attracted a decent amount of attention, but Sony's choice to cram a 1.0-inch sensor into the RX100 four years ago provided the format a much-needed boost. Although such cameras have their limitations and can't always replace...Panasonic Lumix LX10 Review

Meta Going To Bring Forth New Nudity Filter For Instagram

Instagram, which is owned by Meta, the same company that owns Facebook's parent company, is reportedly testing a new nudity exposure protection feature for...