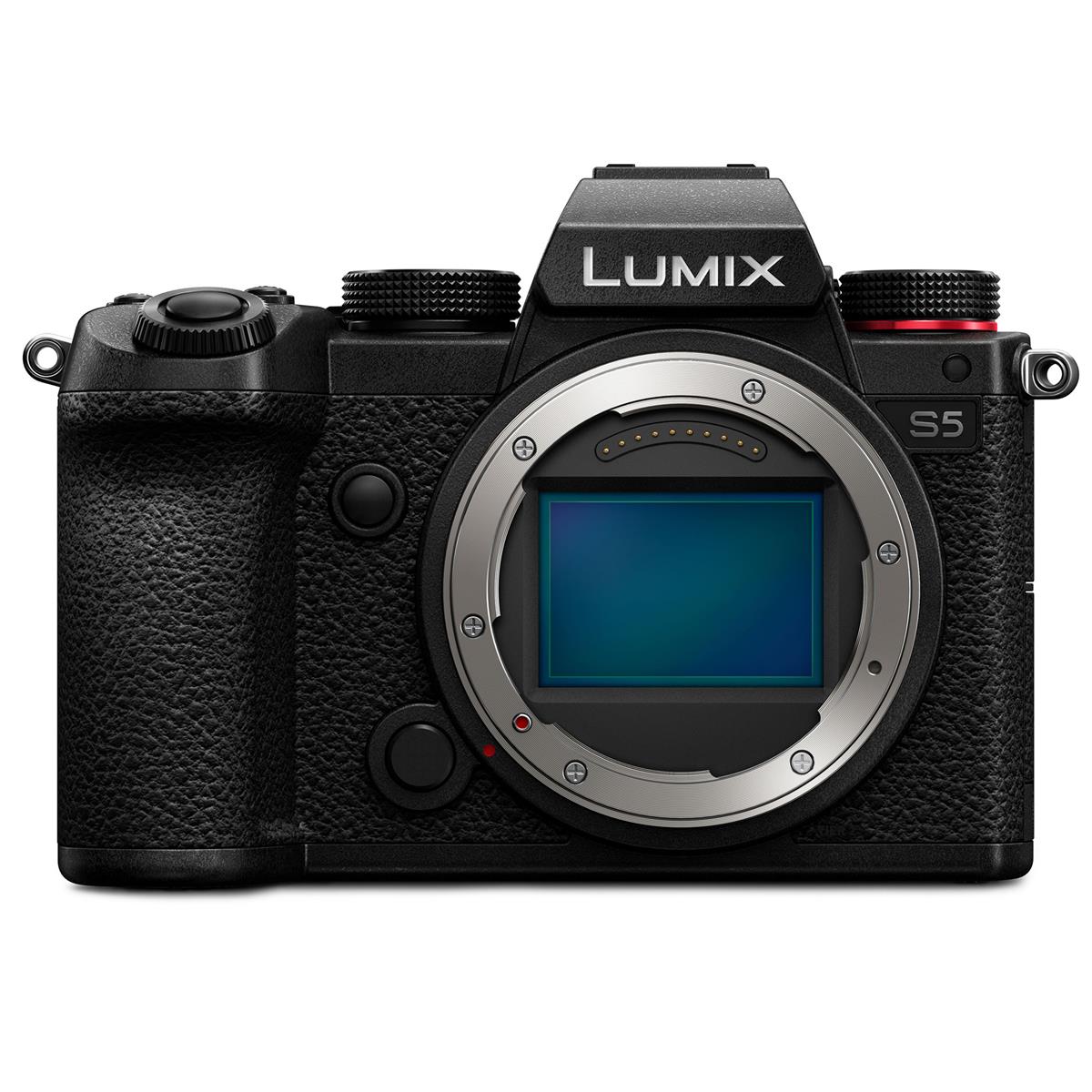 Because the 24.2-megapixel full-frame sensor at the core of the Panasonic S5 is the same one that we’ve already seen in the Panasonic S1, we know that it’s capable of generating some very remarkable photos.

It is intriguing because this will be housed in a body similar to a camera that uses the Micro Four Thirds format. This should, in theory, provide you with full-frame capability in a device that is far smaller. Does what exists live up to what was promised? The answer is yes, in the majority of respects.

With this model, Panasonic is attempting to address the concerns of past models in the S family of cameras, precisely the fact that they were huge, heavy, and costly, in addition to having autofocus that was slightly subpar.

The vast size and heavy weight of the original Panasonic Lumix S1 and S1R cameras were one of the primary points of contention about these cameras. One of Panasonic’s models that uses the Micro Four Thirds format, the Lumix GH5, has a body that is larger and heavier than the S5. However, Panasonic has managed to fit all of the essential components into a body that is more compact and weighs less than the Lumix GH5.

This seems very much like the camera that Panasonic should have used to debut the S series, maintaining the form factor previously shown to be popular but expanding the size of the sensor contained within the camera.

The 20-60mm lens, which is included as part of the S5 kit package, is another accessory that needs to be mentioned. Because of its compact size and clean appearance, this lens is an excellent complement to the S5.

The issue is that other lenses designed for the L Mount don’t necessarily have to be as compact as this one, particularly the Panasonic-exclusive options. Nevertheless, introducing a new, more compact camera may signal that smaller lenses are on the way. The fact that the S5 is compatible with lenses manufactured by Sigma and Leica, thanks to its membership in the L Mount alliance, provides you with more alternatives.

The Lumix S5 has a very familiar feel and performs in a manner quite similar to that of any other Lumix camera you have used in the past. Even though this may imply that it is not the sexiest or most appealing camera available on the market, it is pretty practical.

The thick grip fits quite easily in the palm of your hand, and the molded thumb rests on the rear of the camera, making it easy for your thumb to rest there in a very natural position.

The Lumix S5 employs the same sensor as its predecessor, the older and more robust Lumix S1, which is excellent news. This implies that you will receive a 24.2-megapixel full-frame CMOS sensor that has previously been demonstrated to work exceptionally well in other contexts.

Because it is a less expensive model, the Lumix S5 inevitably has significant shortcomings in other areas. An excellent illustration of this is the electronic viewfinder. The viewfinder of the S1 boasts a resolution of 5.76 million dots, making it one of the best available. It should not come as a surprise to discover a less sophisticated version on the S5, which sports an OLED display with 2.36 million dots and 0.74 times magnification.

In and of itself, it is an excellent viewfinder that provides an excellent overview of the scene and is quite easy to use. Therefore, unless you also happen to own a Panasonic S1 or S1R, it is doubtful that you will be very dissatisfied with the features that are included in this package.

Autofocusing on the original S1 cameras was also criticized for being a bit sluggish and unexpected at times, which was another point of contention with the cameras. Panasonic asserts that it has “rewritten the algorithm” for the S5, which is the equivalent of starting from scratch.

Despite this, it employs a contrast-based detection system with DFD (depth from defocus) technology to help it. This contrasts with most of its competitors, which use either phase detection or a hybrid approach.

The Panasonic Lumix S5 is probably not going to be the camera that you choose if you want to take a lot of pictures of sports or other types of activity. It provides a maximum burst shooting speed of 7 frames per second in the middle of the range. It is excellent for catching predictable movement or the occasional moment of your children or pets rushing about. Still, it is pretty restricting for people who practice filming the action.

However, the S5 does compensate a little bit with Panasonic’s 4K/6K Photo choices, which allow you to record at 30 frames per second and then extract the photo you need at a later time. You can get 18MP stills from the 6K option, which should be more than adequate for most situations. However, after the photo has been taken, you will need to put in some work to sift among the images that were born and save the one that you want.

Since we were familiar with the S5’s camera sensor from prior experience with other Samsung devices, we weren’t expecting the Galaxy S5 to blow us away with its picture-taking capabilities. It can produce highly detailed photos with warm and brilliant colors in a broad variety of settings, as promised, and it did turn into a fantastic performance.

The performance of a full-frame camera can be obtained with a body designed for the Micro Four Thirds format. This is inspiring news for photographers who routinely work in dimly lit environments. At an ISO of 6400, there is almost no discernible noise, and the smoothing of the image is maintained rather well under control. When seen up close at 100% magnification, there are a few spots that have a trace of smudging, but other than that, the overall impression is fantastic.

Panasonic has matured as a company due to the feedback it received on its first generation of full-frame mirrorless cameras. The Panasonic S5 incorporates a full-frame sensor into a body that is both compact and ergonomically designed. The result is a camera that should appeal to various artists. Featuring a solid range of video characteristics, it is an excellent hybrid that comes highly recommended.