In 2001, Panasonic became a competitor in the market for digital cameras. In 2006, the company released the first model in its popular ZS range (known as TZ outside of the United States), which consists of cameras that have a compact body and a wide zoom range and are intended to appeal to travelers.

It is reasonable to say that in the ten years since then, a great deal of progress has been accomplished, the majority of which Panasonic was the first company to launch. 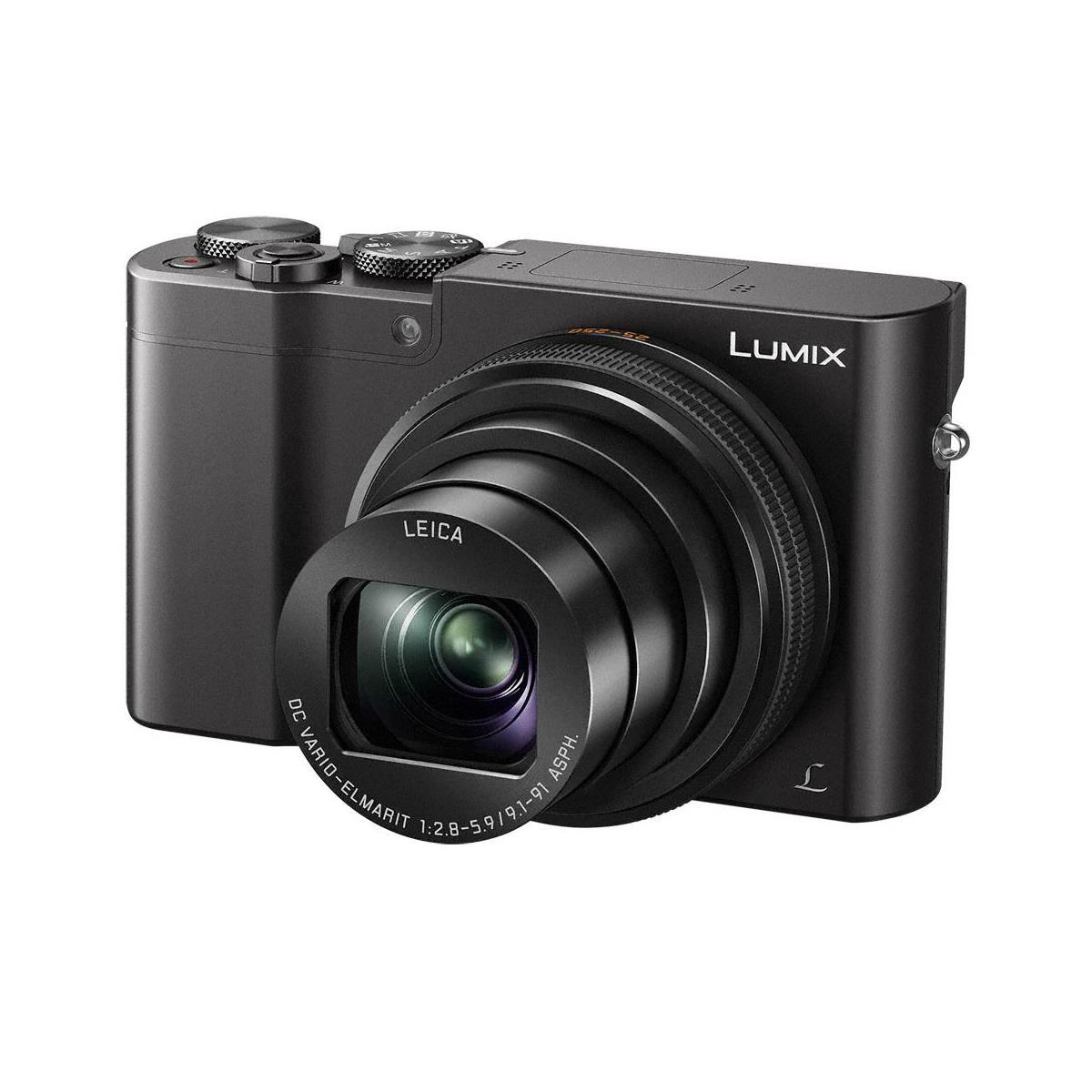 The ZS and TZ series of cameras have proven to be quite popular. In response to the trend toward more high-end features in tiny cameras, Panasonic has introduced a new model, the Lumix ZS100 / TZ100, which raises the bar even further.

In the most recent few years, one-inch sensors have become highly popular. This trend began with Sony’s RX100 family of tiny cameras and has continued with Canon’s most recent G series of compact cameras.

Because it has a 1.0-inch sensor, the ZS100 / TZ100 instantly elevates itself above the level of many other competing travel cameras. It is the same sensor found in Panasonic’s most advanced bridge camera, the Lumix FZ1000, which has been a huge commercial success.

It is paired with a brand-new Venus Engine processor and a Leica DC Vario-Elmarit 25-250mm f/2.8-5.9 zoom lens in the ZS100 and TZ100 models of the camera. Additionally, there is the 5-axis hybrid OIS stabilization for video and the Power OIS stabilization technology that Panasonic offers for still photography.

Even though the pixel count of the ZS100 is higher than that of the ZS50 and TZ70 from the previous year, the ZS100’s sensor is four times larger, which means that each pixel is 2.4 times larger. This should be very encouraging news for image quality and noise control.

This makes it just about the right size to fit in the back pocket of a pair of jeans, and the fact that it has a metal body shell gives the impression that it is robust enough to withstand being carried in this manner for an extended amount of time.

The ZS100 has a design somewhat comparable to that of the LX100, which is Panasonic’s other current premium small camera. It possesses reasonably clean lines and a step in the top plate to complement this feature.

The camera’s finish will either be black or black and silver; the black and silver version will have a red band that surrounds the silver piece of the top plate that is relatively modest. The camera itself will be black. Because Panasonic has not previously utilized this design aesthetic, it will be fascinating to observe whether or not it will be implemented in other products in the near or far future.

There is neither a texture nor a grip on the front of the camera; nonetheless, there is an indentation that allows the camera to sit more comfortably in your palm. Despite this, it makes perfect sense to fasten the wrist strap to add a layer of protection.

Regarding autofocus speed, Lumix cameras have always been able to deliver the goods, and the ZS100 / TZ100 is no exception – in well-lit situations, you can anticipate the camera to lock on rapidly with practically no delay at all.

Even when there is less light available, the ZS100 maintains its high level of performance. Nonetheless, the contrast-detect autofocus will begin to struggle when the light levels are deficient; however, this is to be anticipated.

The all-purpose metering system of the ZS100 / TZ100 usually produces accurate exposures, except for a small amount of variance when photographing anything with areas of high contrast; nonetheless, this is not more than we would anticipate from any camera. Similarly, the automated white balance technology performs admirably when exposed to various lighting situations.

When photography in artificial light, somewhat warmer tones are created; thus, if you are concerned with achieving the highest possible level of accuracy, you should either switch to a preset setting or establish a custom white balance.

Detail is maintained very well over the entirety of the ZS100’s optical zoom range, with almost the same level of detail visible at the wide-angle end as can be seen at the end of the telephoto zoom.

Since the ZS100 and TZ100 share the same sensor as the FZ1000, we had high expectations that the image quality would be satisfactory on both cameras. The good news is that those hopes have been validated, both by the findings of our laboratories and by photos taken in the actual world.

JPEG photos have a superb overall sense of detail and exhibit a great deal of vibrancy and punch without venturing too far into artificial terrain.

The ZS100’s photos exhibit a level of detail that is equivalent to those of photographs produced with cameras that have far bigger sensors, such as the GF7 when viewed at regular printing (A4 or smaller) or on-screen viewing sizes (which has a Four Thirds sensor). In addition, when viewed at 100 percent on the screen, it isn’t easy to differentiate between the low-sensitivity JPEG photos produced by the ZS100 and those produced by the GF7.

With the ZS100 / TZ100, Panasonic takes direct aim at the pocket-friendly tiny camera market dominated by cameras with 1.0-inch sensors. The company raises the stakes by including 10x optical zoom, a feature that other manufacturers have not yet provided.

Load more
In 2001, Panasonic became a competitor in the market for digital cameras. In 2006, the company released the first model in its popular ZS range (known as TZ outside of the United States), which consists of cameras that have a compact body and a...Panasonic Lumix ZS100 Review