First things first: this is not going to be a technical review because other sites do it much better than I can; it’s going to be subjective because there are things I do in my processing workflow that might not necessarily be reflective of everybody else’s, but I am consistent in how I treat my cameras, which means that results from different cameras are comparable to one another. 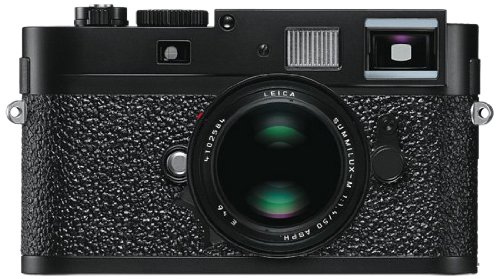 This review, as well as any future equipment evaluations that may come after it, will provide an opinionated but hopefully helpful look into how a piece of gear operates in professional use situations, as well as whether or not there are any significant limits to the way I shoot (and my subjects). Now that we’ve gotten that out of the way, let’s proceed.

When you consider that the M9 was released in September 2009 and is now 2.5 years old, considered antiquated in the digital age, I think it is possible that it is a little too late in the product’s life cycle to be reviewed at this time.

But let me clarify. To begin, I believe it is still a device that has a place in the market today; possibly even more so now, considering the greater revival of tiny ILCs and rangefinder-a-likes in recent times.

The Leica M is still the product that all other products are compared to and measured against, and its lens system is still the one that everyone produces mount adaptors to suit. (It’s worth noting that Fuji has introduced an in-house M-mount converter alongside the X-Pro1) There are many other explanations for this.

This is extremely surprising behavior for a digital camera of any sort, let alone one that will be six years old this year, and one that has its fair share of flaws (don’t get me started; I owned two and shot with five examples in total; they all required UVIR filters for accurate color, and had buffer overflow/firmware issues). The original M8 is still in circulation on the secondary market, where prices have stayed constant around the US$2,200-2,500 mark since the launch of the M9; this

You can bet that the value of a D2x will not be the same in three years as it was in the previous year. The only reason that this is the case is that they represent a relatively accessible entry point for rangefinder photography. It is possible to buy used Zeiss and Voigtlander lenses, and the overall cost of the system will not be significantly higher than if you had purchased a DSLR in the midrange price range.

You might not have the same performance at high ISO or frame rates, but on the other hand, you won’t have to deal with the added weight. This pricing may change when the Fuji X-Pro becomes widely available, but I don’t anticipate it because they are very distinct monsters. The X-Pro has more in common with mirrorless ILCs than digital rangefinders.

Similarly, the M9 will continue to be an important product once it has passed through its life cycle. Even though Leica’s partner Kodak just handed off its sensor section, it is anyone’s guess where the sensor is likely to come from. However, all reports point to a replacement coming sooner rather than later.

What would make the most sense is a Sony sensor, possibly a full frame version of the 16 or 24 MP APS-C versions, but with a unique microlens array to cope with RF optics. This would be the optimal solution. Would I need so many megapixels on my camera? No, but we’re digressing. More on the sensor problem will be discussed later.

The last reason it took me until 2.5 years after the camera was released for me to write a review is fairly simple: I hadn’t had the opportunity to shoot with one extensively until November of last year after I became an official partner of Leica.

Although you can accomplish RF photography on a budget with a secondhand M8, purchasing a brand new M9 package with top-tier lenses would put you back a significant amount of money — the type of money that might also be used to purchase a high-end vehicle. I have experience with the M9-P with the 50/0.95 lens. Noctilux-M ASPH, 35/1.4 Summilux-M ASPH FLE, 50/2.5 Summarit-M, 50/1.4 Summilux-M ASPH, 28/2.8 Elmarit-M ASPH with Zeiss ZM 2.8/28 Biogon and ZM 2/50 Planar.

Things are therefore significantly improved, in most respects. The menu system is still straightforward and quick to respond; but, there is a propensity for some Sandisk cards to behave strangely, most notably lockups while viewing or safeguarding files in long series. I have not observed this behavior with any other manufacturers of memory cards.

Other than that, what else has changed? a relatively low amount. If it isn’t broken, there’s no reason to fix it. To tell you the truth, if Leica could find a way to acquire the sensor and internal components of the D3s, then they would have a formidable piece of equipment.

I wouldn’t even have to bother shooting anything else if it came to that. Oh yeah, there are some minor changes to the exterior appearance of the camera. The corner of the M8 that contained the small round LCD has been removed, and the finishes for the regular M9 are now black paint or grey chrome. The M9-P, which lacks the Leica dot in favor of top plate engraving and a sapphire LCD cover, is the same camera as the regular M9. I was handed a silver M9-P, which happens to be the color I find most visually pleasing.