The Leica MP is widely considered to be the best manual rangefinder camera currently available. It is a camera that is not only extremely useful but also gorgeous in its own right because of the exceptional craftsmanship that went into making it. In addition to including a meter and a more up-to-date finder, it maintains the timeless appearance of the original Leica M3 camera.

The Leica community is split on the question of whether the Leica MP is merely a “fondler’s camera” or the apotheosis of the Leica M. There is some debate on this topic. The MP is considered a collector’s camera because it does not have any of the most recent features, such as a modern rewind crank, TTL metering, or AE operation, according to its critics. 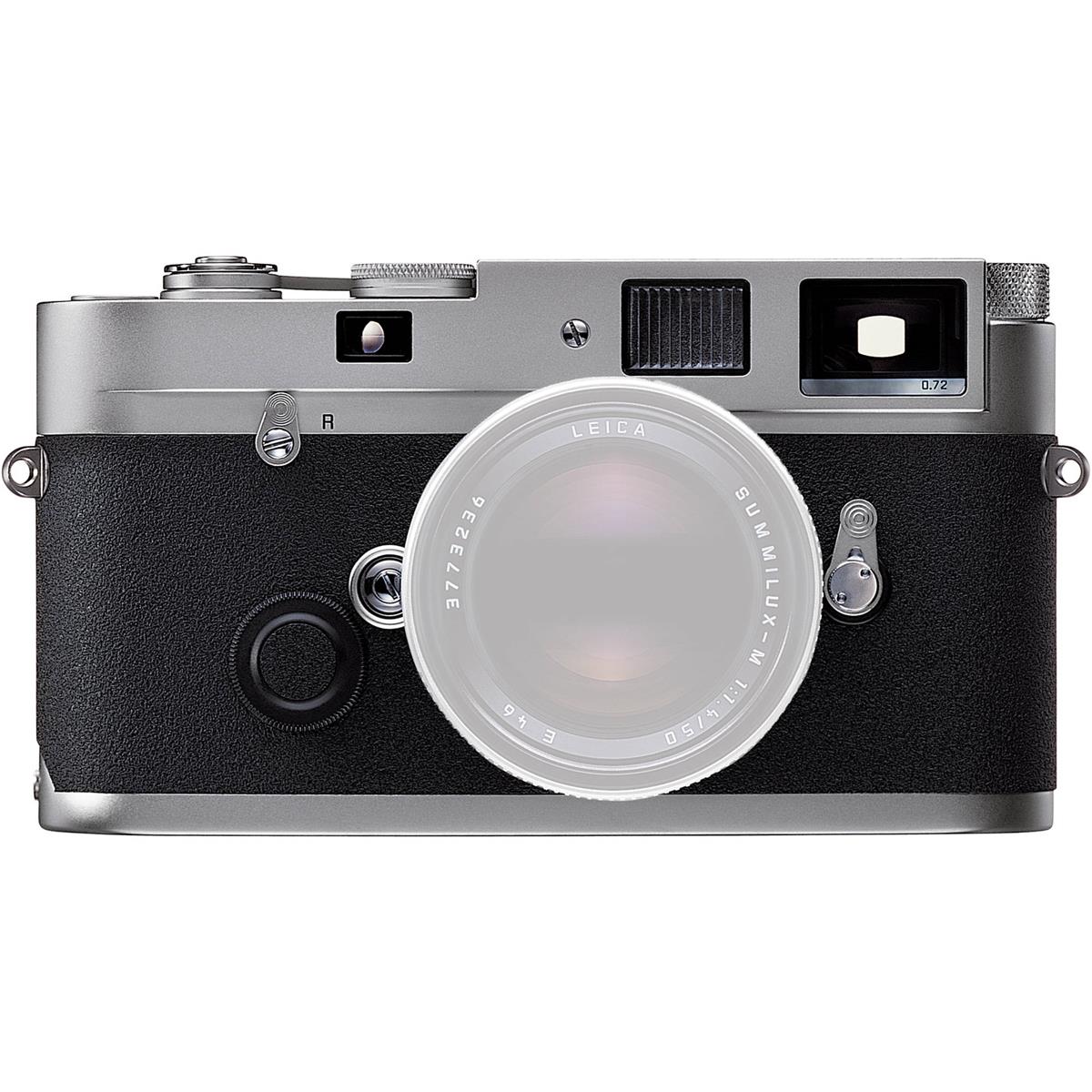 By extension, given that the M7 includes an AE function and an electronic shutter, these critics argue that eschewing these practical qualities in favor of the style of the MP is equivalent to purchasing it as “man-jewelry.” This is because the M7 has both of these features. If you are using a Leica camera in the first place, I feel that you are more concerned with the aesthetics of a camera than you are with the utility of a camera.

Most typical camera manufacturers incorporated the functions above sometime in the 1960s or 1970s. Comparing an EOS 1V, which auto-focuses depending on the movement of your frikkin’ eye, to an M7, which does not have this feature, is comparable to comparing a bow and arrow to a Tomahawk missile. The truth is that this comparison is not valid. The point here is that the M7 and the MP are both examples of anachronisms, although lovely examples of the former.

Brass is used for the primary construction of the MP, which results in the camera having a greater overall weight than the M6 classic. When Leica decided to add a motor drive for the M series, they decided to move from brass gears to steel gears, which they had used in the past.

Brass gears are more refined than their steel counterparts, but they are not as durable as motor drives. Steel gears can withstand more abuse than brass gears. Leica has also decided to reinstate the previously discontinued black paint treatment for the new MP. A coating that looks like silver chrome is also available for the camera. Following the release of the M3, Leica switched from using a black paint finish to a more resilient black chrome finish.

Even though it is more durable, the black chrome finish does not have the same level of sophistication as black paint, and it does not age as elegantly. The brass beneath the black paint finish will become visible when the paint on top of it wears away, creating a stunning black and brass appearance. When worn, black chrome takes on an untidier appearance; specifically, it becomes more reflective and reveals dazzling streaks of silver across its surface. It does not have the same pleasant appearance.

People’s demand for cars to come in more than one color is something that nobody seems to dispute, even though it is obvious that this modification is motivated solely by vanity. Why should something as simple as a camera be treated differently?

But in terms of functionality, what kind of camera does the MP offer? Regardless of how you feel about the design decisions that Leica made when developing the camera, it is important to evaluate it based on what it is. Even though the camera’s construction is flawless, it was designed specifically for usage in commercial settings (or at least professionally 30 years ago). The camera has the weight and feel of a brick.

It has an impressively sturdy build. It weighs 600 grams when not equipped with a lens or strap, which is almost the same as the M7 despite the MP being a tad bit shorter. The weight is much higher compared to that of a standard M6. It has a wonderful feel in hand from an ergonomic point of view. The film advance lever is in the ideal position, and the camera’s overall smoothness is unparalleled compared to that of any other camera that I have ever used.

This account does not include any form of prejudice. The advanced lever of the Canon F1-N is significantly more difficult to operate, but I believe it has a superior design. Nothing less than an M3 has the feel of a proper MP. It’s almost as if you’re grasping the word “photography” in your palm. Utilizing one of Luigi Crescenzi’s built-in grip cases contributes to an amplified sense of this sensation. Much without the half-case, the MP has a fantastic feel to it, but having Luigi’s case on it makes it even more comfortable to carry and ergonomic.

The finder has an impressively high brightness level; in fact, it is brighter than the finder on the original M6. It has been multi-coated and enhanced to eliminate the glare previously caused in low-light environments. In low light conditions, I find it just as simple to shoot with it as I do with my Canon FD equipped with f/1.2L lenses.

Unobtrusive photography is where the MP shines, though, so that should be your primary focus. The fabric shutter included in the MP produces a very low level of noise. To expose the film, a mirror has to be moved out of the way in a single-lens reflex camera (SLR), while a rangefinder does not require this step.

In addition, the Leica achieves a quieter shutter release than most professional cameras (except the Hexar AF, leaf shutter cameras, and some TLRs). This is accomplished by omitting the use of a metal shutter.

A silent shutter release helps put many people at ease and makes it easier to capture candid moments in photographs, which may not seem like a major concern at first glance. In addition to this, there is a benefit to taking photographs with a slow shutter speed.

The slap that occurs as a consequence of raising the mirror on an SLR camera causes a considerable lot of vibration to occur within the body of the camera. Because of this vibration, a loss of clarity occurs at slow shutter speeds (slower than 1/30 of a second).

Because the MP functions as a rangefinder, allowing you to take photographs at considerably slower shutter speeds without the images seeming to be less crisp. In most cases, I can properly picture at 1/8th of a second if I have not consumed a lot of caffeine that day.

Even shooting at a speed of 1/8th can yield a usable picture. Naturally, higher shutter speeds provide sharper images. Here is an example of the MP taken with the Konica M-Hexanon 50mm f/1.2 lens at a shutter speed of 1/8 and an aperture of f/1.2:

However, one of the things that I appreciate most about the MP is how much it compels you to contemplate the method by which photographs are created. There are just three important changes you can make while using the MP: the focus, the f-stop, and the shutter speed.

After you have loaded the film into the MP and set the ISO, the only things you need to worry about are what lens you want to use (field of view and speed), focusing, what f stop you would like to use (depth of field), and what shutter speed you want to use. Once you have done these things, all you need to do is take the picture (control of motion).

The method is relatively straightforward, yet it compels you to consider every photo carefully. This simplicity is incredibly beneficial, particularly when one is just beginning their career as a serious photographer. The MP is not the type of camera with which one can switch to automatic mode and anticipate getting satisfactory results.

On the other hand, if you have solid foundational knowledge, you can achieve remarkable success. The meter is executed quite well. If you locate the spot inside a scene representing the scene’s average exposure, the MP meter will provide you with an accurate reading.

The assortment of lenses included with the Leica MP is, however, the device’s most significant selling point. If you are not bothered about the expense, you should know that the lenses manufactured for the M system are among the greatest ever produced for any system or format.

Even though I have not put the Leica 45mm f/2 planar through its paces, I find it hard to believe that it could outperform the Leica 50mm Summicron M. Never before have I used a lens that could compare to this one in terms of its contrast and resolution. When I transferred from lenses in the Canon L series to the submicron M, the only lens on which I noticed a change was the aperture.

The distinction was not an esoteric one. It is impossible to fathom the level of resolution and three-dimensionality achieved. In addition, other incredible lenses include the 35mm Summilux ASPH, 75mm Summilux, and 90mm Tele-Elmarit M. Another advantage is that, as an M user, you have access to lenses that were produced over 80 years.

Using a straightforward and low-cost adapter, you may use any screw-mount lens from Leica with your M series camera. This covers the superb rangefinder lenses produced by Canon and Nikon in the sixties and seventies. Under the brand name Voigtlander, the Japanese optics manufacturer Cosina has released a variety of cutting-edge lenses compatible with the Leica M mount throughout the last few years.

Despite their low cost, Voigtlander lenses are known for having an exceptional level of quality. Even though they might not exactly match the current Leica offerings, they are extremely comparable and, for the most part, indistinguishable.

The MP is an excellent camera for taking covert photographs even when available light is present. Because of its compact size and low-noise operation, it is particularly well-suited for use in travel photography. It is the ideal combination of form and performance, resulting in a camera that is as aesthetically pleasing to look at as it is pleasurable to operate.