The NEX-5T has been succeeded by the A5100, which is part of Sony’s ongoing effort to gradually phase out a number of the cameras that were once sold under the NEX brand name. Even though the camera has the same form factor as its predecessor, Sony has equipped it with a sensor with 24.3 million pixels and a CPU that is identical to the one found in the A6000. 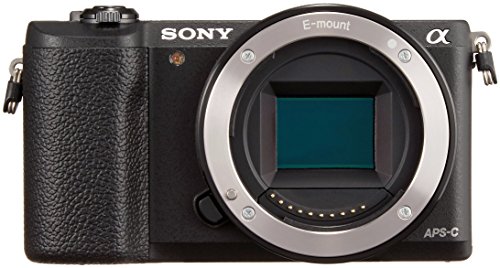 Because of this, the new camera has much-increased coverage, and the only parts of the image frame that are not covered are the very margins. The camera is said to have a focusing speed of 0.07 seconds, which places it just slightly behind the Sony A6000 and the Fujifilm X-T1, both of which boast focusing rates of 0.06 seconds and claim to be the APS-C camera with the quickest autofocus on the market.

As a direct consequence of this, the Alpha 5100 makes far more use of the navigation controls, and it is unfortunate that the menu, which is identical to the one found on the A6000, cannot be accessed using the touch screen.

You may change the shooting mode by going via the main menu on your camera. For example, you could go from automatic to semi-automatic shooting mode. However, using one of the custom buttons to do this job to provide you with easier access was something that I found to be extremely helpful.

Because the A5100 has the same sensor and processing engine as the A6000, we were sure it would likewise give fantastic results. It is fair to argue that arguably the most significant difference between both cameras is not performance but rather the way they are handled.

The colors captured by the camera have a high saturation level and are brilliant and vivid when seen directly from the device. By manipulating the Creative Style setting, you can change the way colors come out of the camera itself. In this section, you’ll find options like Vivid, Portrait, Black and White, and Landscape, among others.

Each of these may be customized to your liking—for example, the contrast can be cranked up—and have the bonus of being captured in raw format, which provides you with an unaltered version of the image in case you find that you need it.

During this evaluation, the Sony A5100 produced photographs of exceptionally high quality. The ISO range of the Sony A5100 is rather extensive and highly useable, reaching up to 25600. The range from 100 to 800 ISO is noise-free, while the range from 1600 to 6400 ISO delivers results that are more than acceptable, and even ISO 12800 and the fastest setting of 25600 are appropriate for usage in an emergency.

The 24-megapixel images come out of the camera a little soft when using the Standard creative style as the default. For the best results, you should sharpen them some more by utilizing an application like Adobe Photoshop; alternatively, you can adjust the level of sharpening that the camera applies automatically.

Even after all of these years, they are using Sony’s Sweep Panorama is still a delightful experience. The 13 creative Picture Effects allow you to produce unique looks in a short amount of time, which would otherwise require you to spend a significant amount of time in the digital darkroom. On the other hand, the 7 Creative Styles provide a quick and simple method for adjusting the JPEG images captured by the camera.

Sony, competing in the CSC market for some time, has once again released another capable camera.

It usually is possible to rely on Sony cameras to generate outstanding photographs, and luckily, the A5100 is not an exception to this rule. The level of information that the camera’s sensor can resolve is particularly astounding, as is the camera’s ability to produce images that are bright and punchy straight out of the camera.