The Sony Alpha A9 has a substantial amount of work ahead of it. Although cameras such as the Fujifilm X-T2 and Sony’s Alpha A7R II have persuaded some professionals, notably studio and landscape photographers, to trade in their DSLR kit, convincing sports and action photographers to give up their Canon and Nikon gear has proven to be more difficult. 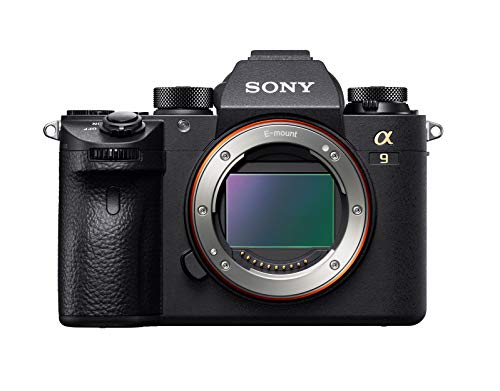 [Sony has recently announced a new Firmware update for the Alpha A9, and version 2.00 will give a lot of improvements and alterations to the camera.] The performance of Continuous AF has been increased when tracking moving subjects, and there has been an improvement in the stability of AF-C when zooming in and out.

Additionally, there is now the option to protect photographs to a custom button, as well as the capability to upload (via FTP) all protected files all at once, and the general operating stability has been increased.]

Because of the high level of performance required from their camera bodies, we have not yet seen a mirrorless camera that can compete with models such as the Canon EOS-1D X Mark II and the Nikon D5 even though the gear of those action photographers is going to be bashed about daily rather than being cosseted in a comfortable camera bag.

The 24.2 megapixels full-frame stacked CMOS sensor is the most critical piece of technology at the core of the Alpha A9, and its performance has had a knock-on impact on the performance of other components.

Even though it has a great deal fewer pixels than the 42.2MP Alpha A7R II, it does give a slight resolution advantage over the 20-odd megapixels of the Canon 1D X Mark II and the Nikon D5. Still, the primary factor at play here is the processor’s architecture.

The integrated DRAM memory modules, a high-speed processing circuit, and the BIONZ X image processing engine are all lined up below the image sensor, thanks to the stacked architecture.

Because of this design, Sony was able to push the data through the sensor rather than around it, which resulted in a sensor that reads data 20 times faster than would have been possible otherwise. This allowed the Alpha A9 to shoot at a blistering 20 frames per second while capturing either 241 raw files or 362 images in JPEG format.

The Canon EOS-1D X Mark II and the Nikon D5 are the bulkiest and heaviest cameras you’re likely to pick up short of a medium format model. In contrast, the Sony Alpha A9 is notably more compact than either of those two models.

It follows a design aesthetic comparable to Sony’s Alpha 7-series full-frame mirrorless cameras; however, the A9 is somewhat chunkier, measuring 63 millimeters instead of 60.3 millimeters.

The Alpha A9 does not have a built-in vertical grip, one of the most noticeable distinctions between it and other professional-grade DSLR competitors. Whether or not this is a positive or negative aspect for you is entirely up to your personal preferences.

Even high-end cameras like the Canon EOS-1D X Mark II and the Nikon D5 will have difficulty competing with the Alpha A9’s incredible autofocus (AF) system, which features a staggering 693 phase-detect AF points that cover 93% of the frame. This is something that Sony’s AF system in the Alpha A9 boasts.

You may choose from various focusing settings according to the subject matter you’re photographing, as is to be expected. Center mode utilizes the camera’s center autofocus point, while Wide mode and Zone mode take care of a significant portion of the decision-making process for you. The comprehensive method is ideal for general photography, and Zone mode is perfect for keeping things as easy as possible.

You can position the focus area pretty much anywhere in the frame by using the joystick to move it, and there is a mode called Flexible Spot that gives you the option to choose from three different sizes for the autofocus area. This mode is helpful because not everything you want to focus on will be in the middle of the frame. There is also an option called Expand Flexible Spot that you may use if you’re having trouble focusing. This mode makes use of additional AF points to aid you in focusing.

When you bring the camera up to your eye and begin firing off bursts of pictures at 20 frames per second with no blackout in the viewfinder, the Sony Alpha A9 truly does feel like the result of some supernatural process.

At first, it gives you a shaky feeling, but after getting used to it, you start to appreciate the incredible potential of the camera. There is a helpful, faint “shutter” sound that can comfort you that something is occurring, but if necessary, you can switch to completely silent operation via the menu if you like.

Those who want to use a lens adapter (which is likely given the limited range of longer focal length lenses) will see the Alpha A9’s burst shooting performance cut in half to 10 fps. If a burst rate of 20 fps is overkill for what you’re shooting, you also have the option of choosing from two slower drive modes.

The Sony Alpha A9 is a remarkable piece of photographic equipment. It isn’t perfect by any means; for starters, we’re curious to see how well the weather-sealing holds up after fully exposing it to the elements. Additionally, the lack of XQD card slots and the relatively limited touchscreen control is disappointing aspects of the product.

Putting such concerns to the side, the Alpha A9 is an impressive piece of hardware. The focusing mechanism that Sony equipped the A9 with is not only astonishingly fast, but the tracking performance needs to be seen to be believed.

When you combine this feature with a burst shooting speed that is incredibly fast at 20 frames per second and an electronic viewfinder that is both large and bright and does not black out when you are shooting, you end up with a camera that can compete with the best that Canon and Nikon have to offer when it comes to photographing sports and other types of fast-paced action.

Load more
The Sony Alpha A9 has a substantial amount of work ahead of it. Although cameras such as the Fujifilm X-T2 and Sony's Alpha A7R II have persuaded some professionals, notably studio and landscape photographers, to trade in their DSLR kit, convincing sports and action...Sony A9 Review