The Alpha A7R III is Sony’s latest high-resolution mirrorless camera, and an update of the excellent Alpha A7R II, which was responsible for tempting many a photographer away from the comfort of their Canon and Nikon DSLRs.

This latest model looks to draw on many of the technologies used in the speed-orientated Sony Alpha A9, which is just as well, because with the likes of Nikon’s brilliant D850 offering a tempting combination of high resolution and high performance the Alpha A7R II was beginning to look a little pedestrian. 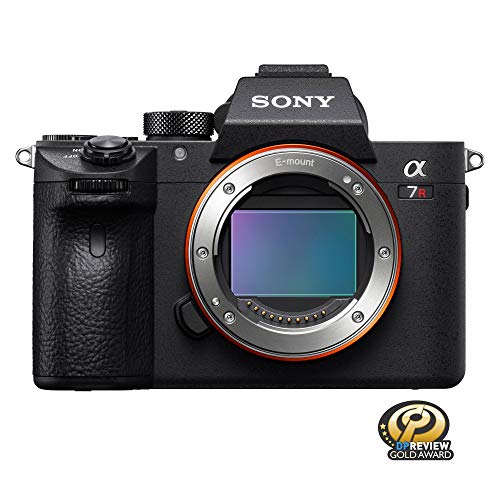 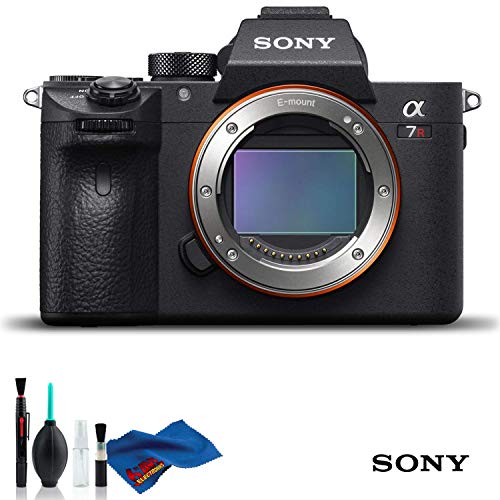 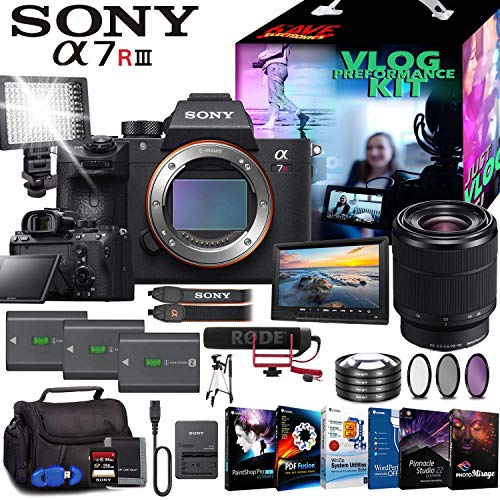 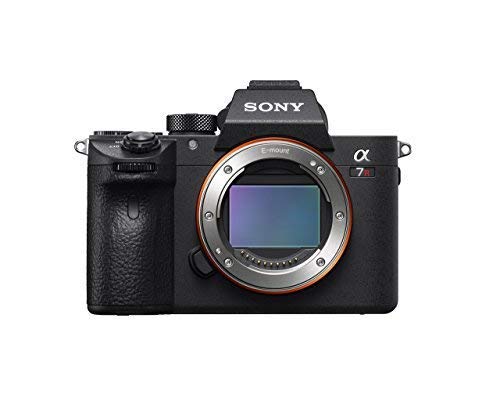 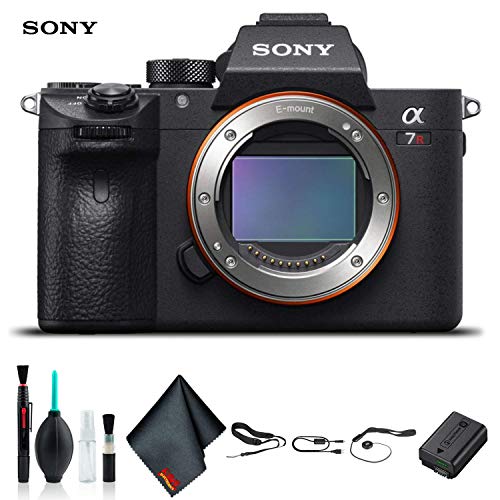 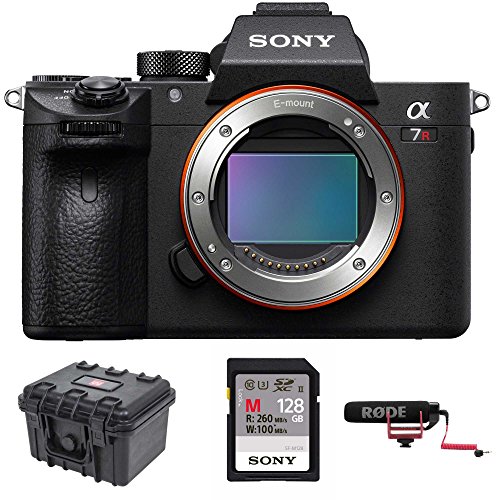 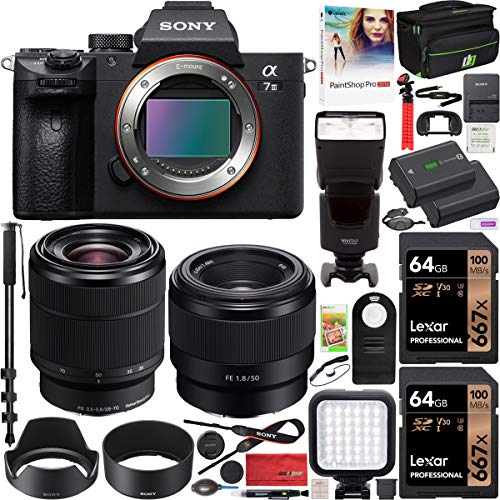 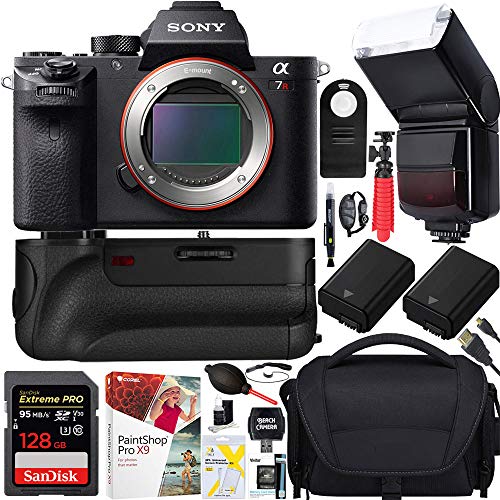 With some impressive boosts to performance, as well as tweaks to handling and the satisfaction of a five-year guarantee, could the new Alpha A7R III see even more second-hand Canon and Nikon DSLRs appearing on the shelves of camera stores as more photographers help to make the switch to Sony?

While many might have expected Sony to boost the number of pixels to match or exceed DSLR rivals like the D850 and Canon EOS 5DS, it’s actually opted to stick with the same count as the Alpha A7R II.

At the core of the A7R III then is a 42.2MP back-illuminated full-frame Exmor R CMOS sensor, although Sony has borrowed some of the innovations from the 24.2MP Alpha A9 and built-in them with this more densely populated chip.

There are gapless microlenses and a new anti-glare coating for starters, while the Alpha A7R III features a new front-end LSI that almost doubles the readout speed of the sensor. It also takes advantage of the latest BIONZ X image processing engine, and combined, these enhancements deliver a boost of up to 1.8x in processing speeds compared to the A7R II.

The look and feel of the Sony Alpha A7R III broadly follow the design of the A7R II, but there are a host of tweaks and refinements when you start looking just a little closer.

While the new camera doesn’t get the dedicated drive mode dial/focus setting selector that sits to the left of the EVF on the Alpha A9, it does get a similar multi-selector joystick.

It may seem a small thing, but the arrival of the joystick greatly improves handling over the A7R II, as it makes for much quicker AF point selection. The A7R III also sees the addition of a dedicated AF-ON switch for back-button focusing, again as on the A9.

In fact, the rear of the camera mimics the control layout of the A9 – that means the A7R III gets an additional ‘C3’ custom button, as the rear scroll wheel is more pronounced and less likely to be accidentally knocked.

The rear touch display, meanwhile, does away with an annoying quirk of the A7R II. If you were shooting from the waist with the display screen angled outward, the older camera would think you had the camera raised to your eye, resulting in the feed being cut on the screen. The display on the A7R III mirrorless camera disables the eye sensor when the display is flipped out, allowing you to shoot at the waistline level uninterrupted.

The body is slightly thicker than the A7R II, but fractionally slimmer compared to the A9, and features a magnesium alloy top, front and rear covers, and also an internal frame. Sony has also increased the number of lens mount screws to six for enhanced durability, while all major buttons and dials are sealed, and there’s sealing throughout the body, to protect the A7R III from dust and moisture.

As the A7R II could only manage 5fps burst shooting, the improved processing power within the Alpha A7R III sees that rate double to 10fps, and that’s with continuous AF/AE tracking. It can sustain this for up to 76 JPEG/raw images, or 28 uncompressed 14-bit raws.

You have the option of using the A7R III’s mechanical shutter to achieve this, or if you prefer you can opt for the camera’s electronic shutter for silent shooting. And, rather than having to wait while the camera writes large quantities of pictures to the card, it’s still possible to use most of the A7R III’s key functions.

The Alpha A7R III is kitted out with Sony’s 5-axis optical image stabilization system, and this has been tweaked for the brand new camera to deliver a 5.5-stop shutter speed advantage, improving about the A7R II’s 4.5-stop system. To reduce the risk of vibration and picture blur, especially when capturing at 10fps, there’s a fresh low-vibration shutter mechanism.

One of the biggest complaints leveled at the A7R II was its poor battery existence, with just 270 shots possible if you were lucky. Sony offers swapped out the W-series battery found in that camera and replaced it with its latest Z-series unit, and you can expect the A7R III to carry on shooting for 530 photos if you use the viewfinder, or 650 pictures using the rear screen. It’s a welcome improvement, but still some way behind famous brands the Nikon D850’s 1,840-shot rating.

The Alpha A7R III is able to resolve an impressive level of detail; you’d be hard-pushed to distinguish between its images and those from the more densely populated sensors on the 45.2MP Nikon D850 and 50MP Canon EOS 5DS. At the end of the day time, if you’re planning to produce huge A2 sized prints, you won’t become disappointed with the documents from the Alpha A7R III.

Noise control is another area in which the Alpha A7R III is very strong. Noise levels are kept well within suitable limits, delivering pleasing results with natural-looking granular noise and minimal Chroma (color) noise even when you’re shooting at the higher end of the native sensitivity range (up to ISO32,000). As with most cameras, we’d avoid resorting to the high expansion settings (the maximum here is ISO102,400) unless getting a shot is certainly more important than its ultimate quality.

Alpha A7R III’s dynamic range performance is also very impressive. If you’re capturing at low sensitivities and purposefully underexposing the shot to retain highlights, you’ll have to really push the file in post-processing before you see any signals of quality starting to deteriorate in the shadows. For the general editing of raw files where you want to recover detail, you’ve got plenty of flexibility with the A7R III’s files.