Sony may have enjoyed great success with its full-frame Alpha-branded compact system cameras, but the arrival of the A99 II shows it hasn’t given up catering for pro users using its DSLR-like SLT system.

With a high-resolution, full-frame sensor on board and plenty of exciting techs alongside, Sony clearly believes that not everyone who’s after a DSLR-style camera necessarily wants one of the more traditional offerings from the likes of Canon, Nikon, and Pentax. 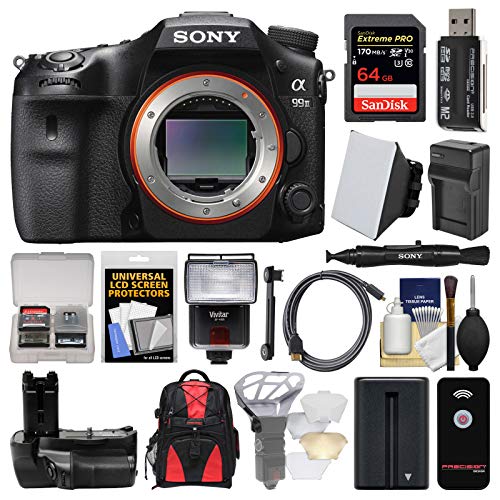 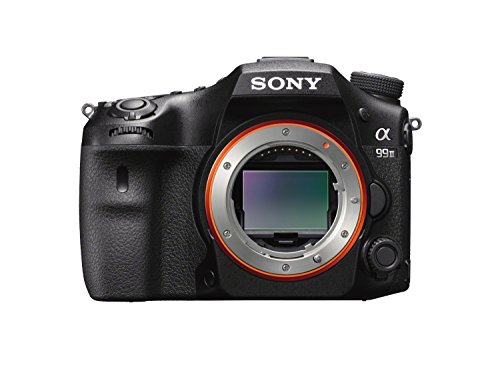 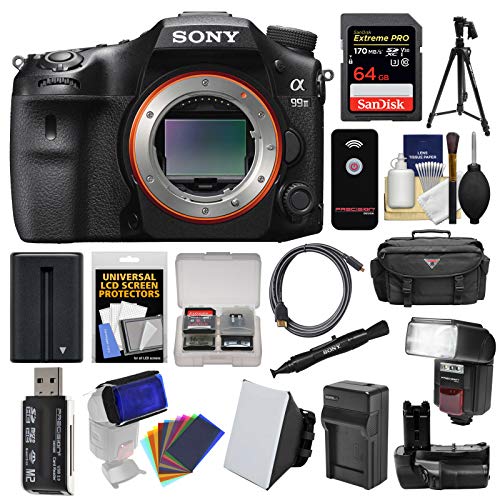 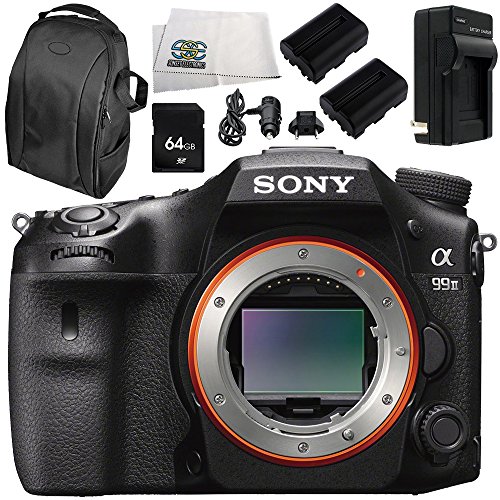 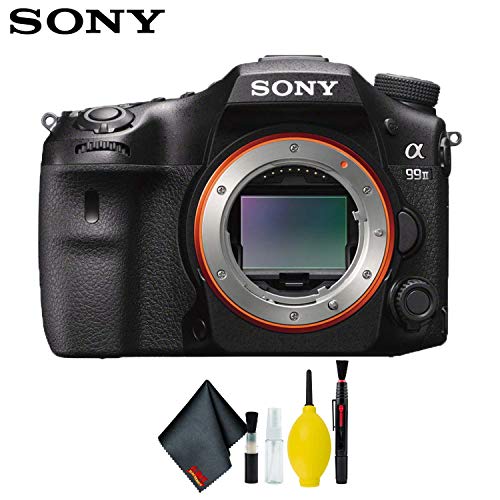 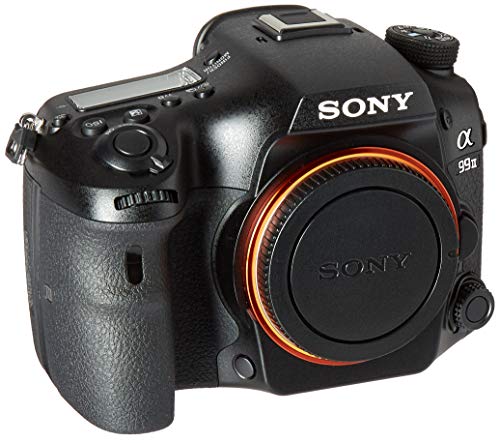 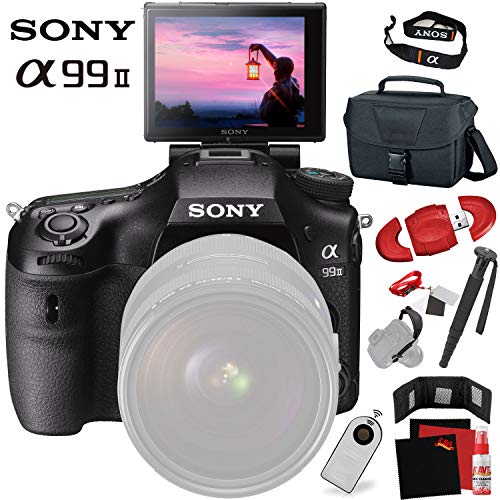 Sony Alpha a99 II DSLR Camera (Body Only) with Amazing Accessory Bundle
out of stock
1 used from 2,442.86
SEE IT 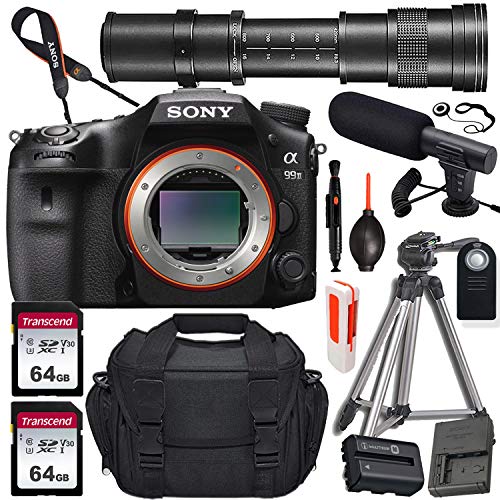 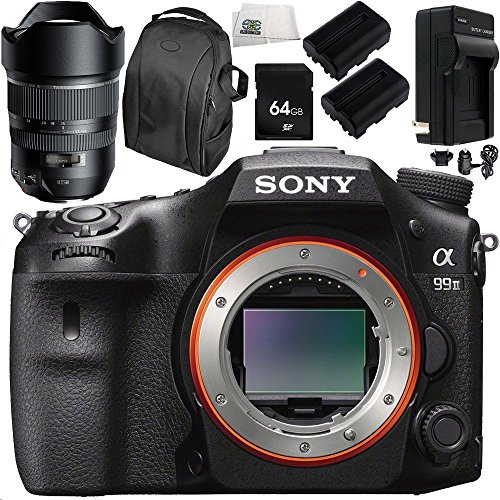 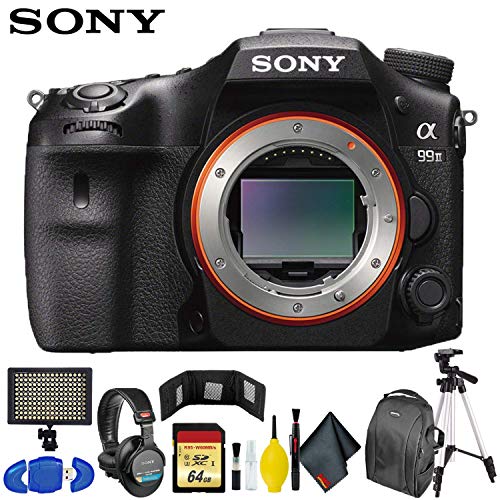 The new model adheres to the same SLT concept as the camera’s forebears, with a translucent, non-moving mirror that directs the majority of the incoming light to the imaging sensor and the remainder to an AF module.

It serves simply because an update to the four-year-previous Sony Alpha A99 mirrorless camera and combines the form and advantages of the SLT line with features similar to those seen inside more recent A7-series models.

These include a 42.2MP sensor, which appears to be very comparable to the one within the A7R II, together with a five-axis, sensor-centered image stabilization system – something not offered by Nikon or Canon rivals.

Normally models with such a high pixel count don’t have speed as a priority, although the A99 II defies expectations by offering 12fps burst shooting with AF and auto-exposure working throughout. Add in 4K video recording and this camera is apparently catering for many users’ needs at once.

Currently, the A99 II is likely to be considered against famous brands the Canon EOS 5D Mark IV, Nikon D810, and the Pentax K-1. And, while it’s beaten on price by the latter two – and by some margin too – it arguably offers one of the most well-rounded spec bed sheets we’ve seen.

While the original A99 made do with a 24.3MP full-frame sensor – flawlessly respectable at the time of its release – the A99 II mirrorless camera is normally furnished with something much more powerful. The back-illuminated Exmor R CMOS sensor provides an effective pixel count of 42.4MP and features gapless microlenses to help funnel as much light as possible into each photosite. There’s no anti-aliasing filter to enable better detail retention, and Sony has primed it with an anti-reflective coating too.

As with some of Sony’s other recent sensors, the one featured here makes utilization of copper wiring around its rear for faster data transfer. Sony is also said to have developed a new front-end processor for the sensor to greatly help cope with the amount of data becoming pumped through (which is certainly in addition to its different BIONZ X processing engine). Its sensitivity range of ISO100-25,600 is fairly standard for such a sensor, but you can broaden this to settings equivalent to ISO50 and 102,400 where necessary.

The camera also benefits from a five-axis image stabilization system, one that promises a maximum 4.5EV step advantage over the unstabilised shooting. This may sound similar to the systems integrated into second-generation A7 models, although Sony says that the system found here is new.

4K video recording, which has featured widely in Sony’s earlier cameras but never before on an A-mount Alpha model, has been integrated into the feature set, and this is capable of recording at 100Mbps using the XAVS C codec. Unlike some other cameras that crop to the center of the sensor when recording 4K footage, the A99 II mirrorless camera uses the sensor’s entire width (although it is possible to record at a Super 35mm crop as well). Video recording can be supported by a fresh ‘Slow & Quick’ option, which allows the frame rate to be modified between 1-120fps, while S-Log profiles have also been thrown in, as has the option to output clean footage through the camera’s HDMI port.

The original A99 mirrorless camera was a camera that handled very well, with its physical handles logically arranged, obviously marked and pressing well into the body. The brand new model is said to be around 8% smaller than its predecessor, but given that little else has physically changed between the two, it’s great to find that the A99 II offers much the same positive experience.

Thanks to the arrangement of the controls and the depth of the body itself, the camera sits very comfortably in the hand. This is further helped by the mild contouring of the hold and the ample space around the rear for the thumb rest. As the camera doesn’t have the kind of backlit controls we need to see on versions like Nikon’s D500 and D5, the placement of convex buttons next to concave ones goes some way to helping you remember what’s what when using the camera in darker conditions.

The top plate LCD screen is slightly smaller than those on the likes of the Nikon D810 and Canon EOS 5D Mark IV, however, the upside here is that this leaves enough breathing space for the controls around it. On the other side of the top plate, the mode dial is tall more than enough to be gripped comfortably, and its central locking switch presses in easily enough to make releasing and turning the dial comfortable – considerably more so than on particular other cameras.

The Sony A99 II’s electronic viewfinder certainly makes an impression the very first time you bring the camera up to your eye. With a magnification of 0.78x, it fills as much of your look as possible without being difficult to view in its entirety, while the level of fine detail across the frame is high. It’s also superb in low light, helping you to see darker scenes clearly, without too much noise obscuring details.

It’s not quite perfect, though. Minor artifacts appear over great and linear details, while flat areas of no details – skies, for example – can sometimes be rendered with very fine lines. Also, the relatively shallow eyecup allows you to get close to the finder, although its somewhat pointed design makes it a little less comfy to use when shooting in portrait orientation, as it tends to dig into the area around your eyes.

The 3-inch LCD screen on the trunk of the Sony A99 II mirrorless camera is slightly smaller than the 3.2-inch versions we’ve become used to on enthusiast- and professional-level models, and it fails to offer the touchscreen functionality we’re starting to see on many of its peers, but it makes up for this somewhat by allowing a particularly broad range of physical adjustments.

Its design enables you to tilt it to fully face forwards, so that it’s positioned either above the top plate or underneath the body itself, and you can also move it to face the side or have it almost parallel to the very best plate. In addition, you can fold it to handle the camera, which is great for protecting the surface from scratches, and something that’s lacking on additional full-frame cameras with variable screens, such as Pentax’s K-1 and Nikon’s D750.

With 1.228 million dots it presents images with very good clarity, and zooming around magnified pictures with the joystick controller shows the camera to respond perfectly as you scrutinize details. When working outdoors it performs well in balanced conditions, although, as with many other models, it can become trickier to observe obviously in brighter light. Luckily, you can immediately improve things by selecting the Sunny Weather option in the menu system, although this does come at the expense of battery life.